The Central Bank of Russia (CBR) has announced an increase in the range that its currency the ruble (RUB) can trade, effective from October 7, 2013, as part of a gradual transition towards a free floating exchange rate by 2015.

The increase was from 1 to 3.1 rubles in the “neutral” range of the USD-EURO dual-currency basket (the basket consists of 0.45 euros and 0.55 US dollars for each ruble) will enable the pegged currency to float freely within that new widened range. As prices deviate away from either side of the neutral range (towards the upper/lower boundaries), the floating operational band boundaries are automatically adjusted depending on the amount of FX interventions required, which forms the range of admitted values for the dual-currency basket.

Thanks to the new widened neutral range the degree and frequency of intervention needed has been mitigated slightly since the central bank does not intervene in the neutral range. The required level of interventions that had taken place previously, has since been shifted towards both ends of the 7 ruble wide corridor of RUB 32.30 – 39.30 (which has not widened or changed since July) . The further the ruble moves away from the 3.1 ruble neutral range toward the the center, the greater the level of intervention required. This is currently targeted near $120mln to as much as $400mln, in order to smooth excess volatility in the ruble exchange rate which is set by the CBR on a managed basis.

As per the official statement, the changes implemented by the CBR should contribute to strengthening the effectiveness of the interest rate policy it conducts, ensuring price stability in the countries native currency. Figure 3 below shows the revised neutral range that the currency can now float freely within:

From January – July of 2013 Russia’s balance of payments reflected deteriorating global commodity market conditions and terms of trade which led to a reduction in the current account surplus. IMF forecasts for next year are near the tune of $50.1bln or nearly half of 2008’s surplus totals. According to comments to the media, analysts at Morgan Stanley said the news from the CBR regarding the RUB implies a significant step forward in the transition toward a fully floating exchange rate.

In addition, the central bank has increased efforts towards greater transparency by also broadening the number of parameters and information disclosed pertaining to its FX policy implementation. Originally known as the Central Bank of the Russian Federation (Also known as Bank of Russia) the CBR was founded on July 13, 1990, and today maintains the federation’s monetary reserves of nearly $523bln (USD). 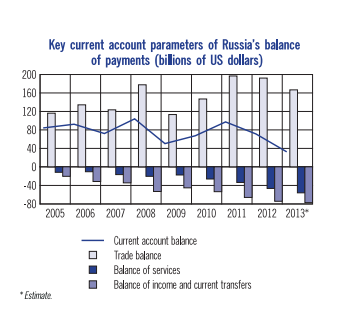 This new shift in monetary policy may allow the currency to weaken in order to more accurately reflect Russia’s present economic condition. This in turn may stabilize the economy if a more modernized monetary policy can be consistently applied, while bringing balance to inflationary drivers. The CBR’s board of directors recently revised its inflation target from 4.5% to 5% in 2014.

The central bank also recently expanded its role in the country’s financial markets by overtaking the position of the now abolished national regulator, the Federal Financial Markets Service (FFMS). Since the FFMS was shut down by the Russian President in  September 2013, the Bank of Russia has become the authority which regulates, controls and supervises  the financial markets non-credit financial institutions, and (or) their activities in accordance with the federal laws, according to the CBR official website.  The consolidation of financial supervisory within one body is also expected to lead to more efficiency when drafting regulatory rules.  According to Forex Magnates’ sources, this change is expected to expedite the finalization of Russian forex regulation in 2014.

The CBR reported average daily trading volumes of $74.12bln worth of FX Spot transactions across all traded currencies in April 2013. According to the latest survey from the CBR in April 2013, which gathered totals for Forex exchange activity, there was $1.63 trillion worth of currency traded in April (over 22 trading days) reported from 40 dealers, with 75% of the volumes concentrated in the top 16 dealers. Of the 40 reporting dealers, 27 had reported retail-driven flows and at least 3 were prime-brokered.

The average daily FX spot volumes were $74.12bln per day over the 22 trading days in April 2013. These totals were submitted by the central bank to the Bank on International Settlements (BIS) which concluded its most recent triennial survey using April’s volumes from central banks in more than 53 jurisdictions worldwide. By comparison, Russia’s average daily FX volumes account for roughly 1.3% of average global daily turnover (in comparison to the BIS reported statistics). Last week, Forex Magnates covered volumes figures reported in September 2013 by the Moscow Interbank Currency Exchange (MICEX). 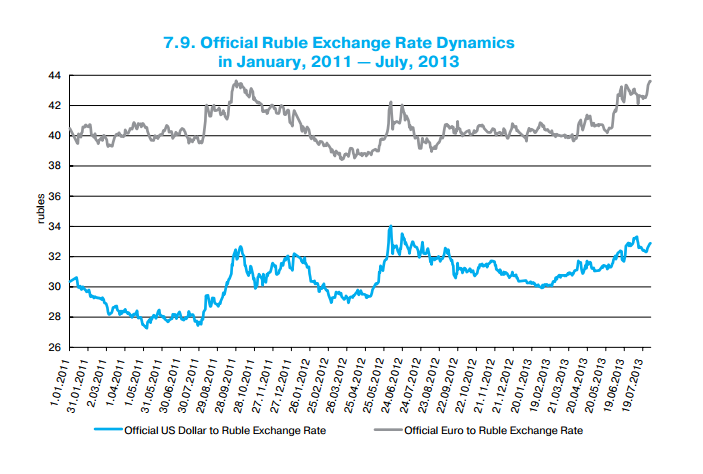 According to a transcript from the International Monetary Fund (IMF), on its speech about the World Economic Outlook at the annual meeting with the World Bank Group in Washington on October 8 2013, the revised GDP forecast for Russia was lowered (along with many other regions in the world) as described below. Questions were posed to the IMF during the session, as to the reason for its lowered revision to 1.5% growth forecasted for this year in Russia, and how the Russian authorities have taken the unusual step of publicly disputing the projection by saying the forecast should be closer to 2% growth.

As for the reasons for the more pessimistic view for Russia in 2013 by the IMF, cyclical and structural issues were to blame.  Specifically, the structural issue was related to low potential growth and a business climate that has not been very supportive of investment, both of which had been weighing on activity. The first half of this year was noted as below previous expectations (and “not good”). However, the second half is expected to see a modest recovery, according to the IMF,  partly helped by stronger demand from abroad, and with growth expected to move back up around 3% in the start of 2014. 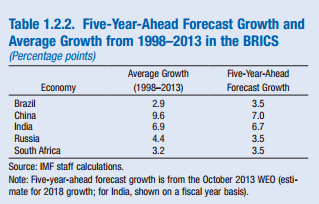 Any news on regulation of retail fx in russia? Doesn’t seem like they have any plans to offer any basic regulation.

any reason why russia is so lax about wanting o conduct even the most basic oversight over such a popular and important industry? I’m guessing its a cultural thing to let “what happens in cash, stay in cash” so to speak?

We are talking about just basic stuff like requiring a dealer to report certain stats to a central authority, handling complaints, requiring honest explanation of the bid/ask quoting system, etc. Not sure if segregation of funds would be “too much” at this point.