The Financial Futures Association of Japan (FFAJ) has today published its most recent data on OTC (over-the counter) retail foreign exchange (FX) margin trading volumes for the month of September 2015.

During September the total FX retail trading volume in Japan reached 547 trillion yen, a month-over-month increase of 11.4% This comes after August 2015 saw a modest 2.5% MoM increase from the previous month of July, with the trading volume of OTC FX margin trading coming in at 491 trillion yen.

This two month growth in trading volumes is very good news for the Japanese retail FX industry after it saw volumes dive in early 2015. It is also reassuring in comparison to relevant markets, such as the Japanese binary options market that saw trading volumes decrease for a second month in September and the American retail FX industry that suffered a funds decline in August 2015.

In late August, the FFAJ has reported its operating metrics for the first quarter (according to the Japanese its fiscal year) ending June 30, 2015, underscoring a weakness in over-the-counter foreign exchange volumes. 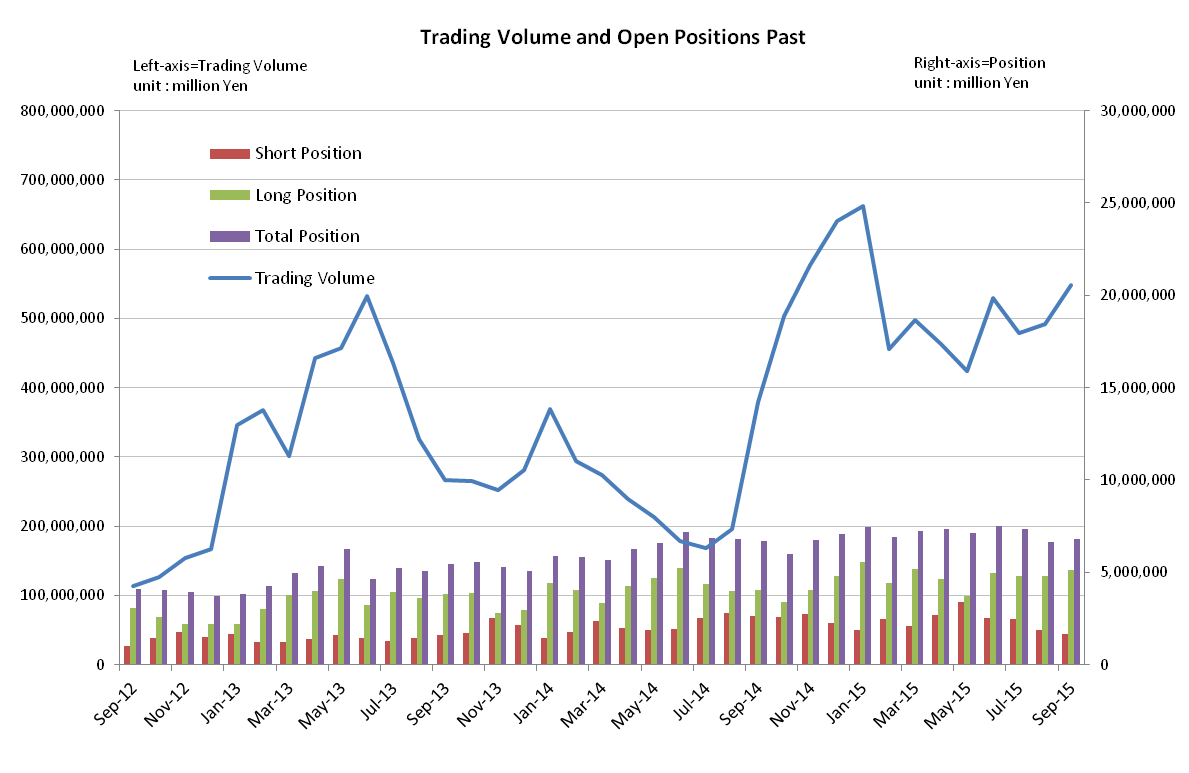