According to the latest set of data published by the Financial Futures Association of Japan (FFAJ), binary options trading remains on a downward trend on a monthly basis and in decline annually.

Looking at an annual comparison basis the September 2015 figure looks even worse. Total binary options trading volumes in Japan went down by over 10 trillion JPY over the year, from 57.53 trillion JPY in September 2014. This marks a 20.1% decline in volumes year-over-year. 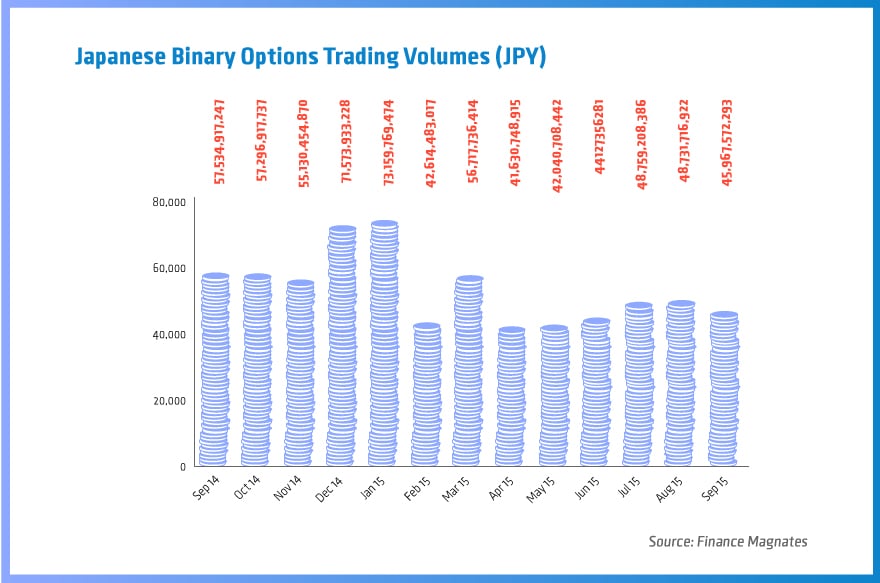