The British Virgin Islands has long been synonymous with its hosting of a number of FX companies, the majority of which were unregulated by any financial markets regulator, and had their entire operations based in different countries.

Subsequent to the recent implementation of a regulatory structure which allows overseas FX firms to become regulated by the British Virgin Islands Financial Services Commission and operate under the auspices of a regulatory authority rather than the previous situation which involved having a registration certificate, the latest FX company to receive such a license is AvaTrade, having been issued with the regulatory approval yesterday.

During recent times, AvaTrade has maintained an interest in accessing different global markets via regulatory approval in various jurisdictions including Australia, Ireland and Japan.

The company also has operations in Israel, which will be subject to the Israel Securities Authority (ISA)’s strict regulatory reform this year, posing the question as to whether the business will remain viable in the financially strong nation.

Last month, Oren Eldad, CEO of AvaTrade in Israel spoke to Forex Magnates to relay his take on the potential new rulings, as he began working with the ISA on consultation regarding the implementation since 2008, one year after his appointment as CEO of the firm.

Mr. Eldad explained to Forex Magnates that he is “happy to say that a lot of our remarks have been accepted by the ISA but yet there are some problematic issues which we are still in dialog with them over”.

As a contrast to this perspective, another senior executive of a retail broker in Israel who wishes to maintain anonymity sees this as a “death punch to the entire FX industry in Israel”, and that all non-bank FX in Israel could end up not economically viable for such companies.

The regulatory authorities around the world are increasing their requirements, and in doing so ensuring that all participants are under constant surveillance. Britain’s Financial Conduct Authority, the US National Futures Association, and Australia’s ASIC are prime examples of national regulators which are going more than the extra mile and in doing so increasing the cost of operating as well as the likelihood of being penalized for transgressions of the ever growing list of rules. 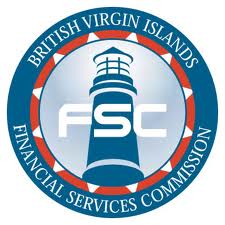 Until recently, companies were able to register in New Zealand and base their operations in other regions with no physical operations. This has now come to an end, and the regulator terminated the registration of a large number of entities which did not have facilities including a compliance department in New Zealand, and established a full set of procedures for enforcement under the Financial Markets Authority’s mandate.

Trevor Clein, Compliance Director MLRO at Delta Financial Markets in London today explained this in detail to Forex Magnates: “At the outset, before regulated status was offered, a lot of FX companies had a Post Office box in the British Virgin Island, and a lawyer that would act on their behalf”.

“Even now, despite providing regulated status to its members, the British Virgin Islands FSC is not really a financial markets regulator, as it doesn’t cover any of the threshold conditions that one would expect. Any proper regulated regime would have threshold requirements that ensure firms under its auspices have an office, bank accounts there as well as administrative matters such as the issuance of invoices from there, as well as regular compliance inspections. The term regulation is so loose in such cases.”

Mr. Clein believes that firms use it to assist with marketing as it provides credibility: “It’s a marketing thing, because the word regulation is supposed to mean credibility.  If you say you are regulated by the FCA in the UK it means you are properly supervised and under constant watch of the authorities. This is one of the problems with Cyprus”, Mr. Clein continued, “insofar as that it is supposed to be a MiFID country but it doesn’t have the same supervision as the UK. Also Bulgaria which falls under MiFID. It’s a tick box exercise. All you have to do is keep certain documents in case the regulator wants to know anything but in reality they never do.”

One of the first companies to gain regulated status via the British Virgin Islands FSC was Gallant Capital Markets, which offers retail trading via its proprietary GCMPro platform provided by FX Bridge, and has held the license since 2010.

Regarding AvaTrade’s licensing in the British Virgin Islands, the company’s CEO Emanuel Kronitz stated in a company statement: “We are enormously satisfied that after a very thorough examination of all of our policies and procedures we have been awarded this license by the BVI Financial Services Commission. This serves as a vindication of the high standards that we strive to maintain and as a guarantee to our clients that they can continue to expect those standards to be met in the future. We believe strongly that all traders deserve the protection and peace of mind afforded by fully regulated and licensed brokers.”