A change in the fundamental outlook and a potentially bearish weekly chart pattern are two strong indications that the speculative rally by October NYMEX Platinum and September NYMEX Palladium may be over for now.

While the sudden price spike higher last week may have been fueled by excessive speculation and traders taking advantage of thin-trading conditions, the violent sell-off was not without merit. A jump in supply was behind Thursday’s sharp pullback in platinum and palladium after data from South Africa showed increased output from mines.

According to sources, production of platinum and palladium fell by 12.4% in June compared to the prior month. But May output was the second highest on record and production is still rising on a year-on-year basis.

Based on this data, the early portion of the rally was justified. During last week’s trading sessions, however, speculators overdid the upside, setting up platinum and palladium for potential corrections into more reasonable price levels.

This should be considered normal price action. Speculators trade on hope, fear and greed, but the fundamentals always win especially since not all of the supply can be accounted for at times. Sometimes, companies hold on to inventory then bring it all to market when prices get high enough. This is similar to what happened last week.

From a fundamental standpoint, the supply/demand situation doesn’t appear to be out of control like copper. Production is rising, but so is demand from the automotive industry so conditions may be right for the rally to continue, especially if the Fed continues to pass on rate hikes and the U.S. dollar trades in a range or lower. Platinum and palladium are dollar-denominated commodities so they tend to be supported by increased foreign demand when the dollar weakens. 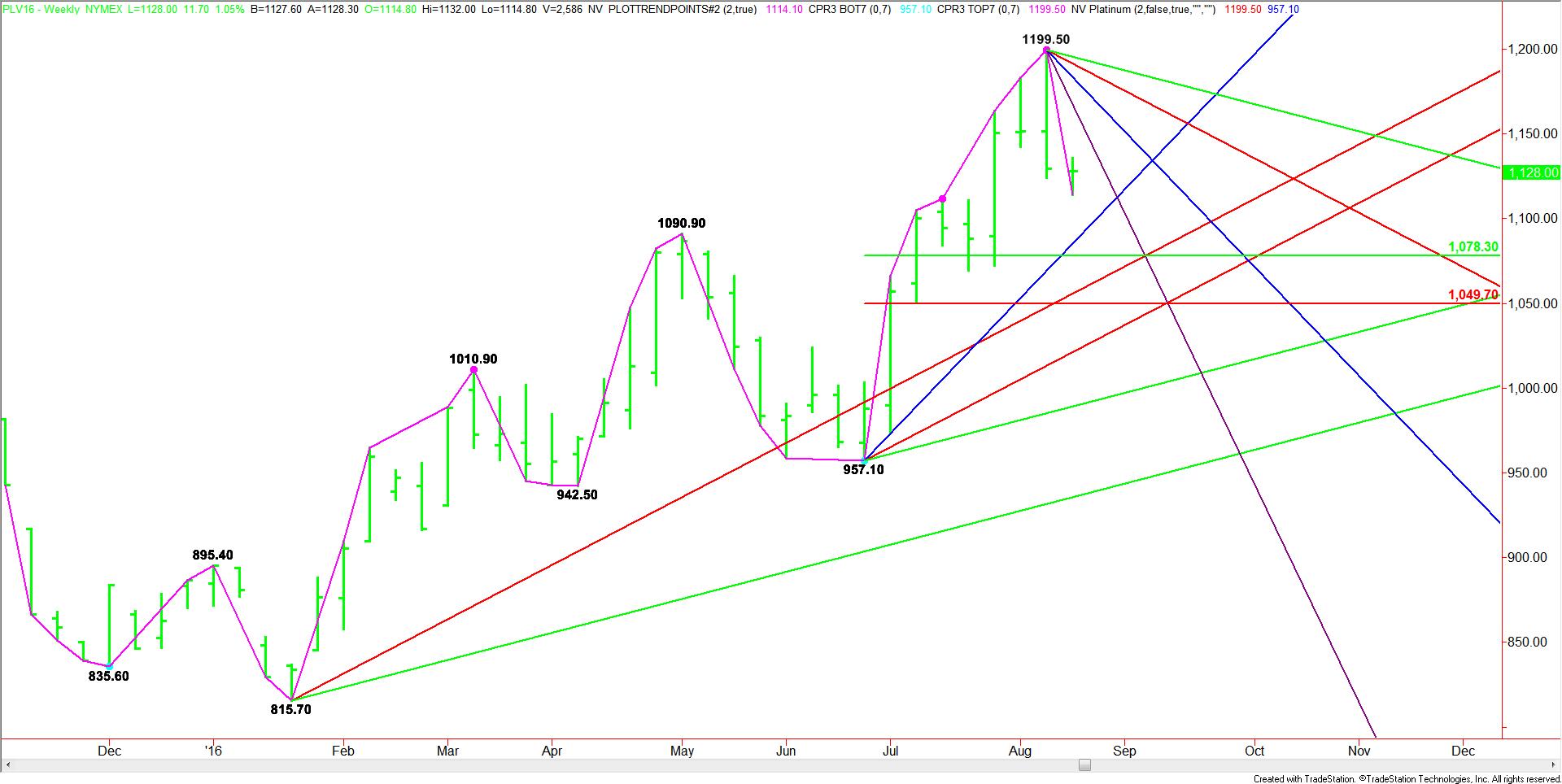 The main trend is up according to the weekly swing chart. However, the higher-high, lower-close or closing price reversal top indicates that momentum has shifted to the downside. So far, the chart pattern only indicates the market is in position to post a 2 to 3 week correction into a retracement zone. There are no indications the trend is changing to down, but this may develop over the longer-term. 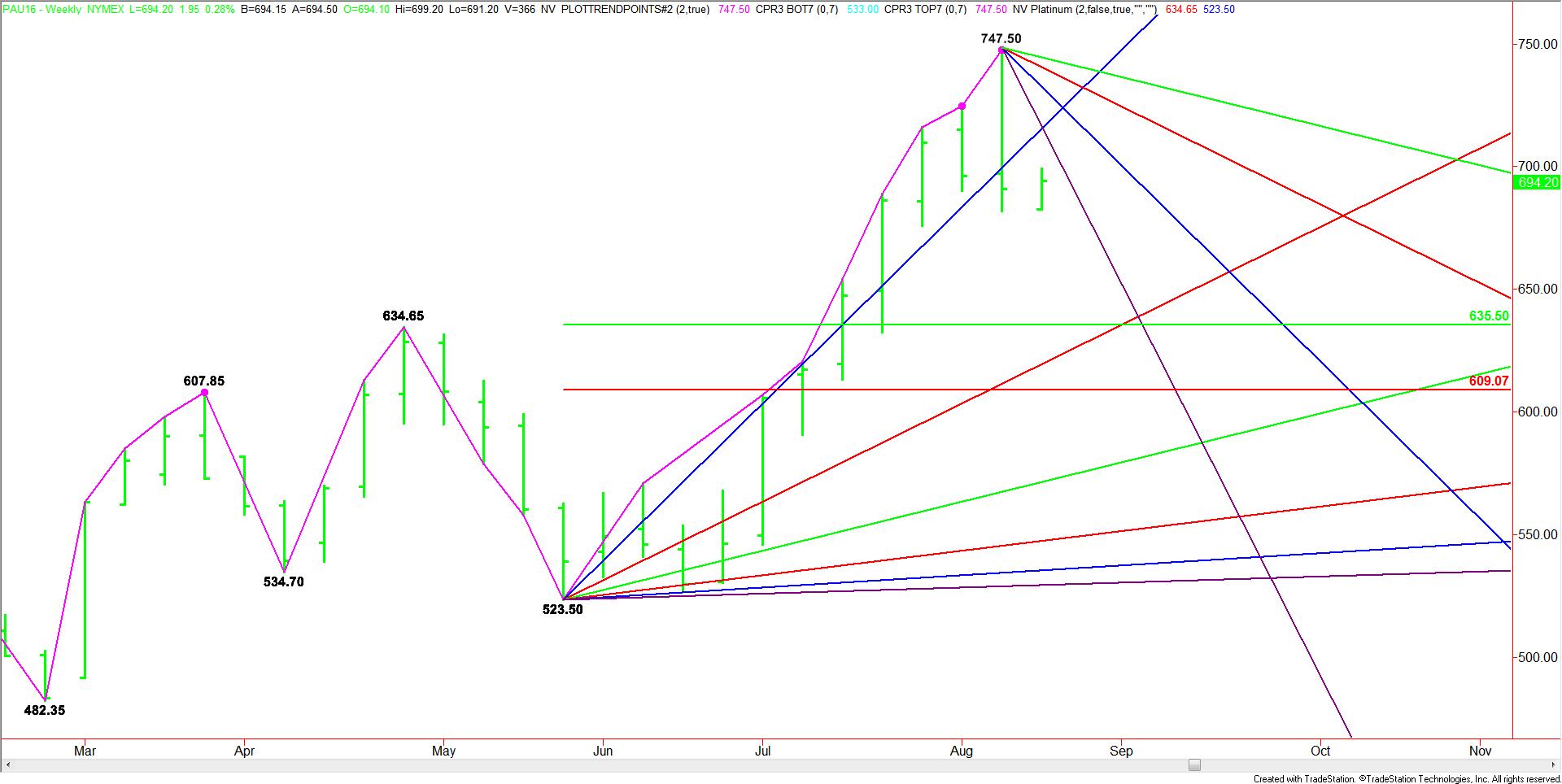 A similar pattern has developed in the September Palladium market. The main trend is up, however, its weekly closing price reversal top indicates that it is also ripe for a 2 to 3 week correction into a retracement zone.

The key takeaway from this article is that we are looking for a 2 to 3 week correction on the weekly chart by both October Platinum and September Palladium. This move will bring prices back to earth and into value areas that should attract new buyers.

The fundamentals indicate that supply and demand are close to being balanced. The key market driver, therefore, should be the direction of the U.S. dollar and this will be controlled by what the Fed does with interest rates.

If it looks like the Fed is going to raise rates by the end of the year then we probably saw the top for the year for these two industrial metals. If the Fed remains cautious then investors will get a good buying opportunity on a return to the value zones.