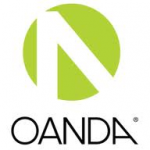 In a first for the broker, OANDA has soft launched a partnership program for participating Introducing Brokers on a limited basis. The partnership program is currently being piloted by OANDA, with the broker evaluating the process to decide whether to make it a permanent part of their business model.

Learning more about the new partnerships, we reached out to the broker for further comments. Baiju Devani, Director, Corporate Development at OANDA explained to Forex Magnates “as you have already noted, OANDA has been considering a partnership program for the past few months. We have held discussions with several Introducing Brokers and, at this time, have entered into partnerships with a limited number of IBs.” He added “our intention is to assess the suitability of the program after the completion of an initial review period. Once we have this feedback, we will determine whether an opportunity exists to continue or expand the program.”

The launch of the program marks a turn in OANDA’s business model as until now it has been against using partnerships, believing it led to higher spreads and ultimately it was clients that suffer as a result.  Despite being a market maker, they have consistently been near the top of the quarterly Client Profitability report, thus backing up their belief that low spreads are an integral part of trader success.

However, with volumes contracting, along with marketing costs in the industry rising, there has been talk over the last year that OANDA would in fact be launching some sort of partners program for affiliates and IBs. Even if they ultimately decide not to expand the rebate program, it reveals that the firm is testing new revenue streams as it acclimates to changes in the market.

Along with bringing new products to the market, the broker has also recently made some key operational changes in its execution model; namely moving to dynamic spreads. The change in spreads may have been a precursor to launching a partnership program as it provides an efficient way to price a fixed widened spread above the interbank market.

About proof-reading before publishing?
This article is a mess!

Reads fine to me too. Guessing you could argue about punctuation in one or two cases, or that “trader success” should be hyphenated to “trader-success”.

Compared to what some press agencies publish, and some newspapers paste into their CMS without even looking at it.. lector is a dying profession in the media-space since years.

Ron and Michael you are doing a great work. Keep it going. I am a huge fan and the overal work is excellent. By far ForexMagnates.com is doing a great service to the whole Forex Industry that needs respect. Guys: @Ohmyfx focus on the great stuff! I wish the other 99,9 % of the websites were as half as good!

sorry. but
what is “the program” !?; increasing leverage ? or increasing spread !?

If they roll out a partner program, I hope they explicitly restrict rebate providers. That’s a path that’s hard to return from after training your clients to expect rebates… I’d hope Oanda is going to focusing on partnering with service providers who compliment their platform or trade technology. Like trade analytics products (written with Oanda’s new API maybe), coaching providers, signal services, alternative platform providers, introducing/marketing agents, etc.. You know, the type of partners that would be a constructive/positive addition to their ecosystem.. But if they are thinking of allowing rebate providers, I’d rather Oanda just put the proposed program’s… Read more »