Australian regulated, MahiFX, has announced that it is launching the MetaTrader 4 platform alongside its existing MahiFX proprietary platform. The MT4 offering will provide similar spreads and trading conditions as the broker’s MahiFX platform. Although offering the same spread and trading instruments, the two platforms will operate independently of each other, with separate accounts needed to trade on each system. 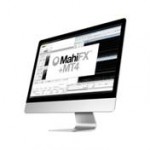 The news marks another broker with a proprietary platform succumbing to client demand to launch MT4. So far this year we have seen Saxo Bank, City Index, and IG Group announce that they are adding the platform. In addition, in an Executive Interview with Cooney earlier this, we discussed the firm’s unique position as it chose to both develop its own platform and eschew partnership arrangements. At the time, Cooney explained that owning their own platform allowed them to have insight into their trader’s needs and requests and adopt to those demands. As such, the launch of a demand driven MT4 presents another example of how entrenched the platform is within the retail world, as well as how it is viewed as the most convenient source for automated trading.

The shift away from MT4 is happening , late comers are coming in because they see easy money from EA traders and don’t want to lose their money makers on the B book to Mt4 shops.

So this addition of MT4 is what I would consider gas money for the CEO of mahi FX.

His current B Book model works only if you can on-board enough funded a/c’s and subsequent customer churn, so get more customers with MT4 then try n move them to your own platform

Finally, Cooney has seen the light at the end of the Tunnel!

Never heard of this broker before, but what’s refreshing is that on the Our Team page, you actually have pix and stories about the people that work there unlike 99% of brokers whose About Us page says the same “X was launched by a team of forex professionals…blablabla…” with absolutely zero info about the team, the office, the person who runs the company, etc… most brokers out there look like they have something to hide.