In terms of its OTC currency trading volumes, the FFAJ yielded $5.0 trillion (¥561.5 trillion) in January 2017, up 24.1% MoM from $4.0 trillion (¥452.4 trillion) in December 2016. To put this in context, December was devoid of any major market drivers, suffering from seasonal declines in volatility, a sizable departure from the month prior, but it still was one of the strongest months in 2016. 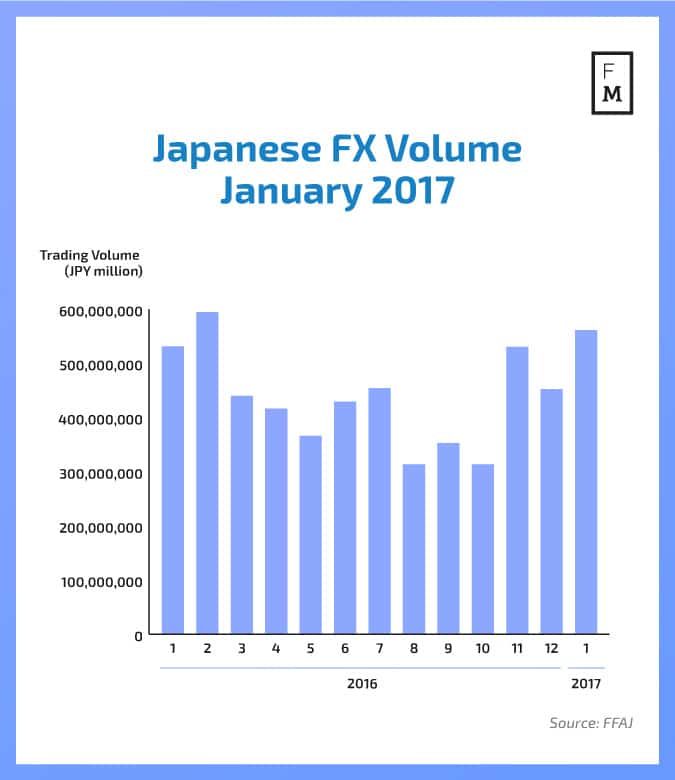 One likely explanation for the increased interest in the FX market from Japanese traders at the start of 2017 is the uncertainty regarding the economic plans of the new US President Donald Trump. He has indicated that he might start a trade war with China and elements in his administration have called other major economies currency manipulators. In Japan, both a major exporter and a country known to favor a weak local currency, this might have led to speculation about and hedging for the future of the USD/JPY.