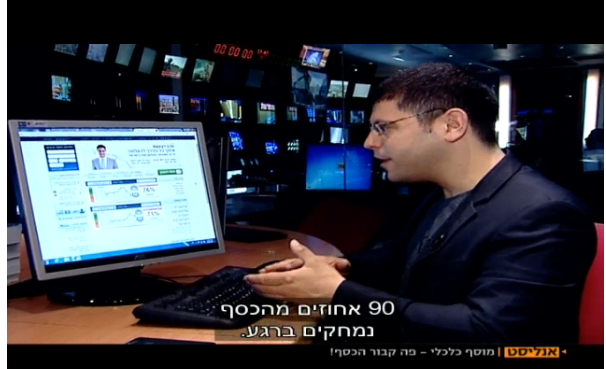 The financial news show accused the binary options industry of being a “Cash Extractor” and complained that the implementation of crippling regulations will take several months.

The Analyst segment mainly focused on the advertisements for binary options that run on Israeli internet websites, saying that they only show the possible returns without highlighting possible losses. The TV channel did not single out a specific broker being accused and tried to show as little as possible of the logos on the platforms showcased, either trying to avoid a lawsuit or simply to avoid giving free air time to the companies.

The show also claimed that thousands of people in Israel have lost all their funds trading binary options, but provided no source for the statistic and only showed a small number of anonymous individuals saying they did not understand how they could only lose money trading without earning, and advising traders to avoid binary options as they would avoid fire. Additionally, various financial experts were brought in to say they would personally not invest in binary options because the brokers profits from client losses.

Evening things out a bit, the head of a binary options brokerage was given a chance to respond. Tal Yaron Eldar, the former Commissioner of the Israeli Income Tax Authority and now the founder and Chairwoman of Israeli binary brand, etrader, defended the business. Asked if she felt comfortable hearing about pensioners who had lost all their money, she said that everyone knew they are entering a risky business and that the risks involved are highly visible on the websites, adding: “There are quite a few people that make profits.” 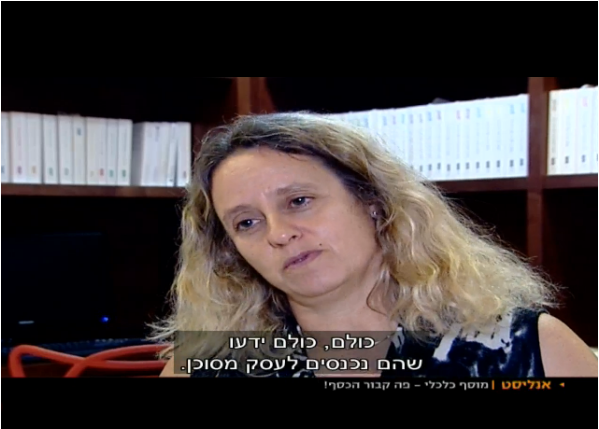 Tal Yaron Eldar is an interesting figure to bring into the debate on binary options, as it can be claimed she might also have another indirect effect on the field. Under her leadership as Commissioner of the Israeli Income Tax Authority a 25% capital gains tax was introduced, punishing stock market traders and pushing them to look for other venues promising much higher possible returns, such as binary options. The Tel Aviv Stock Exchange trading volumes collapsed as a result and has yet to recover.

The Analyst segment ended by acknowledging that there are new regulations which have  been recently approved by the Israeli parliament for industry, however warned that the implementation process will take six months, therefore until then people will just have to be responsible for their own investment choices. Good advice anywhere and at anytime, regardless of regulations.

A few months ago, the newsman behind the Analyst show was himself involved in an online Forex advertisement incident. Israeli brand EFIX of the iFOREX brokerage group ran ads with a large photo of him standing next to their logo. The newsman asked for his image to be removed from the campaign as he had only agreed to work as a guest lecturer for the group in a conference and not as its presenter in the media.

Earlier this year, the Chinese State TV also ran a news segment warning about the dangers of margin FX trading.

Trading is a good thing. I lost a lot before I got to were I am today. if you need assistance on how to trade and recover the money you have lost email me get new amazing strategy? If you are having problems withdrawing your fund from your Forex/binary trade broker even when you were given a bonus,just contact me, i have worked with a binary broker for 7years, i have helped a lot of people and i wont stop until i have helped as many as possible, here is my email address if you have a bonus that was… Read more »

Hello, I’m so happy i got my refund of 450k USD back from this heartless broker,When it comes to Binary Options, there have been quite a few examples of people who have been taken for a ride by a Broker and have lost a large amount of money and i was a victim,Many of these brokers misappropriate traders money thinking these traders will not act. Beware of where you invest in,Binary Option Scams are quite common and come down to a number of factors including improper due diligence and manipulation by the broker we should be very careful with these… Read more »