IG Group (LON:IGG) has just reported some financial metrics for the first quarter of fiscal 2016 in a trading statement. The company has announced that it generated a 5.1 per cent increase in revenues when compared to the same period last year, with the total figure amounting to £111.4 million ($145 million).

The result is rather positive due to the comparably lower volatility during the period with the VIX index dropping to its lowest levels in July and August. With the first quarter of the year being relatively stagnant in terms of trading opportunities, IG Group’s revenues from the UK and Ireland was very slightly lower when compared to Q1 of fiscal 2016.

The main reason for the decline were the measures that IG Group took in the run-up to the UK’s EU membership referendum. The company significantly raised margin requirements for its clients in order to protect the firm and its clients for the excessive volatility. 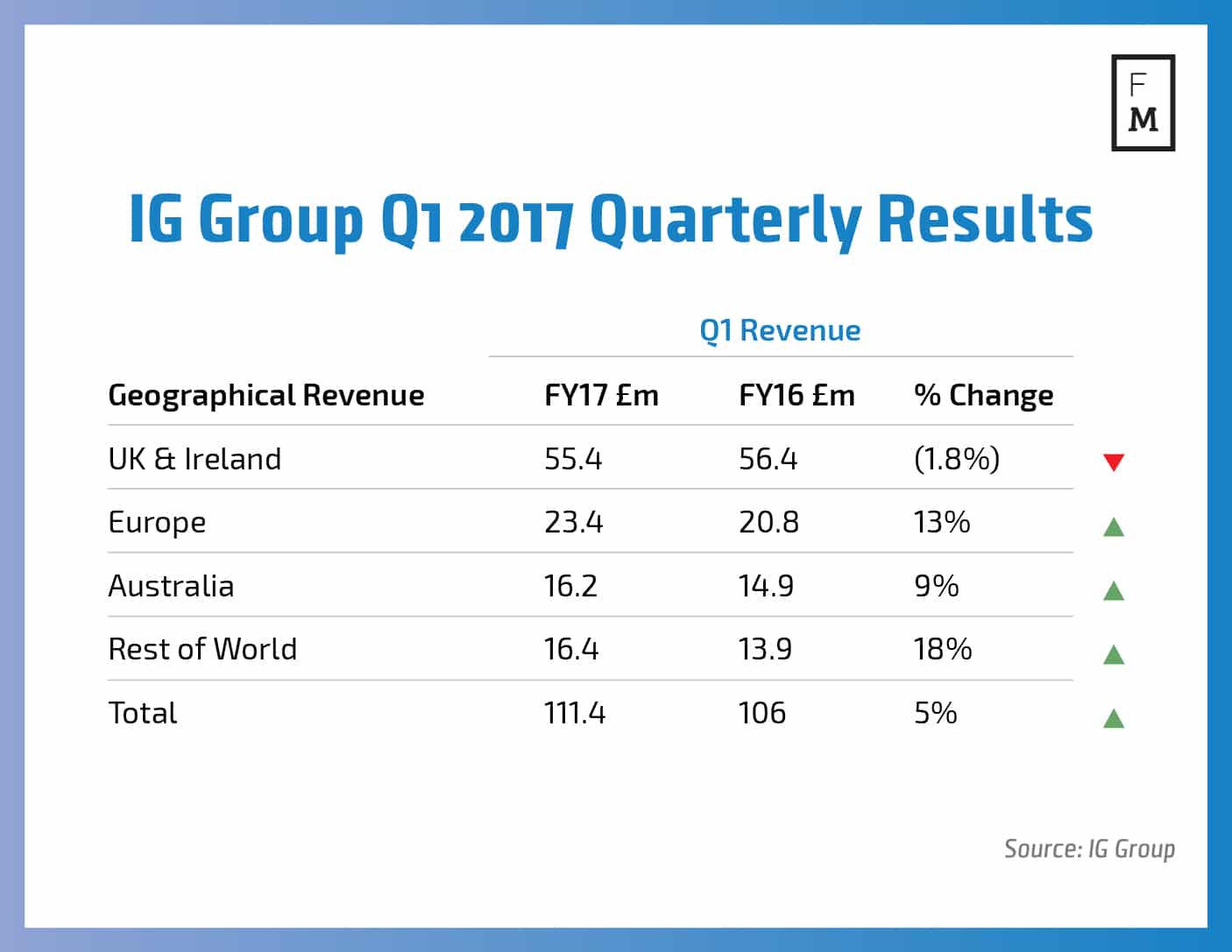 Looking at the regional distribution in Key Performance Indicators (KPIs) the firm has seen the most of its user growth coming from its home market of the UK and Ireland at 24 per cent, however the decline in RPC was also more pronounced at 21 per cent. 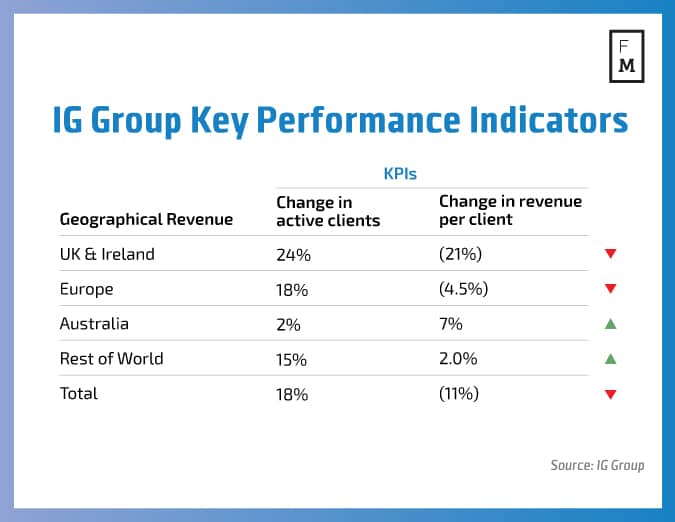 Business was mostly flat to slightly higher in Australia with annual growth in active users increasing by 1.5 per cent in tandem with growth in RPC at 7.4 per cent.

Growth in Europe continued, with the number of active clients rising by 18 per cent, outpacing a decline in RPC totaling 4.5 per cent.

Recently the company launched its Limited Risk Account offering which aims to maximize long term value for clients who are not so adept at managing their risk/reward balances. IG Group also introduced stockbroking to Australia, which is set to increase the range of trading opportunities for its clients in the region and increase demand for the firm’s product.

The company also shared in its trading update that the level of new client first trades has increased substantially, outpacing last year’s figures by 70 per cent, a figure which is related to IG Group’s optimized marketing spending.

Late June was the peak for new client accounts openings as pre- and post-Brexit volatility roiled the markets.

Share this article
Tags: IG Group
Got a news tip? Let Us Know