According to the latest results released by FX Prime, a business line of Japanese Forex broker GMO Click, metrics reported for the period April 1st, 2013 through December 31st, 2013 have been released, showing a tougher Q3 period in comparison to the prior two quarters accounted for under the company’s fiscal year (ending March 31, 2014).

The company’s shares on the Tokyo Stock Exchange (TSE) closed down nearly 5% in today’s trading session, as the Japanese Stock Markets have taken a correction in recent days.

Reported trading volumes for FX Prime hovered just above the ¥40 bln yen mark- or roughly $391 million using today’s rates- during October at ¥43.65 bln, November at ¥40.59 bln, and December at ¥41.80 bln, and down considerably over the prior two quarters.

Volumes Hit a Quarterly Low, with November Lowest Month of its Year

However, operating income during Q3 was down considerably over the prior quarter – Q2, despite December having improved over both November and October months respectively, a recovery from the October YTD low of ¥192 million yen (almost $1.88 million dollars -using today’s rate). From a YoY perspective operating income for Q3 was up to ¥459 million from ¥ -577 million in prior year Q3 period. 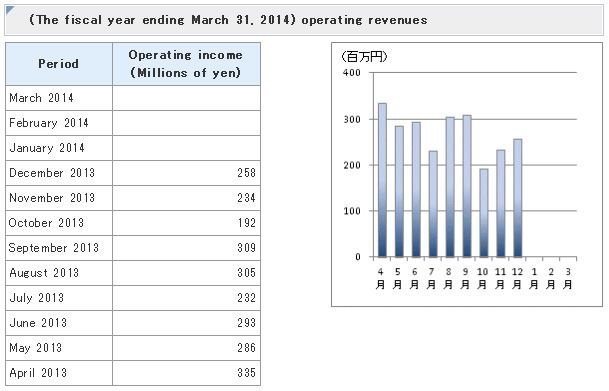 Deposits remained flat for most of Q3 and in line near the ¥15 billion ($147 million) mark level seen during most of the broker’s 2013 fiscal year to date, as seen in an excerpt of its figures on the FX Prime’s Investor Relation (IR) page. 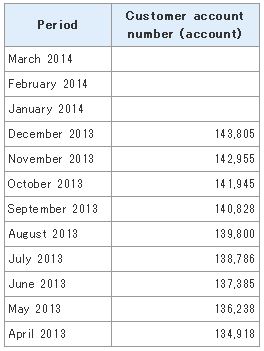 The company also recently announced an enhancement to its MirrorTrader platform offering, the FX signals trading technology powered by Tradency, adding 5K,10K,50K and 100K buttons to make it easier for clients to quickly choose the number of units of currency to trade, available both in live and demo accounts.

The prospects of Abenomics, the term coined to reference the monetary policy of the Bank of Japan under guidance from Prime Minister Shinzo Abe, including a quantitative and qualitative stimulus program, have been optimistically expected to help Japan escape negative deflation, despite known risks of quantitative easing.

Recent volatility in the Japanese yen as covered by Forex Magnates – when FX Prime’s parent company GMO Click reported stronger volumes for its Q3 just days ago– will have an impact on the Japanese economy and subsequently on Japanese traders as well as other speculators taking positions in yen related currency pairs.

The Japanese yen weakened from roughly 96.00 against the US dollar to nearly 106.00 during Q3. Despite a recent strengthening of the yen back to the 102.00 level -which some analysts view as a correction – the local stock markets in Japan may also be experiencing a correction as shares of all GMO Internet Group publicly traded shares had traded down today -not just FX Prime.

It’s not clear why FX Prime’s last quarter was a challenging one, as other brokers in the region had reported – for example – a strong December, even as FX Volumes tapered during the end of 2013 globally.

An excerpt of the enhancement to the MirrorTrader platform was just posted on the broker’s website: 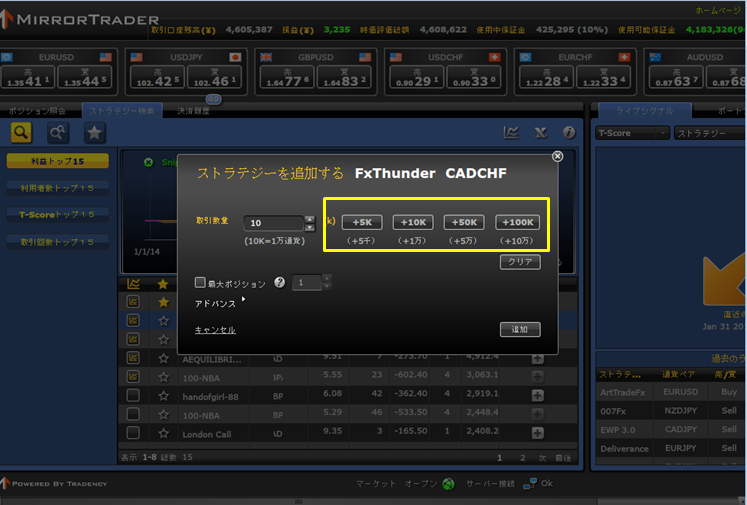