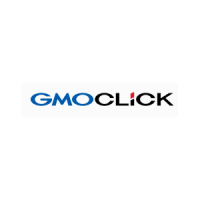 Trading activity at GMO Click dropped during the month of February. The firm saw total FX volumes stay below the formidable trillion dollar mark with a 20% decline month-on-month. The figures come as no surprise to market participants as reduced volatility impacted trader behaviour.

After reporting record volumes in the previous month on the back of the SNB event in January, one of the world’s largest brokers saw reduced activity across its listed and OTC product segments. Total volumes for February reached $962 billion (¥113 trillion), from the record ¥142 trillion seen a month earlier.

At the same time the firm’s exchange-traded offering continues to fall with February’s figures dropping considerably from those reported in January. Total contracts executed on Click365 was 445,338, a 13.4% decline from the 523,397 transactions in January.

GMO is regarded as one of the world’s largest providers of margin FX products and has been extending its global footprint in a bid to diversify its client base. After expanding into the Asian market through its Hong Kong-based subsidiary, the firm set its European operation in the UK last year after gaining authorisation with the UK’s financial watchdog, the FCA.