It seems that no one can catch a break in the Japanese online trading business this month. Japanese brokerage Gaitame.com has today reported its client and trading related metrics for the month of October 2015, showing a very diappointing trading volume compared with its upbeat performance in September.

The trading volumes figure came out at just about ¥23.9 trillion for Gaitame.com in October. This figure constitutes a drop of 37.7% month over month from September’s ¥38.4 trillion as well as a 32.2% decline year over year from October 2014’s ¥35.2 trillion. The trading volumes crashed despite the fact that both the number of trading accounts and the total client deposits figure increased compared with the month before.

Gaitame has reported an increased number of trading accounts (403,309) which have grown by 2020 in October, a very similar rate in the previous months. Total received client deposits have reached ¥11.11 trillion marking the highest point for the figure over the last three months.

It now appears clear that the Japanese online trading industry has suffered one of its weakest periods this October, and not only because it is coming off the local high seen in September. Earlier today, DMM.com Securities reported a drop of 52.9% in less than a year, and last week both GMO CLICK and Monex Group reported their October metrics as the weakest of the year so far. Japanese brokers and clients alike are probably eagerly waiting now for more excitement in the market, that could come in the form of a new round of QE to shake up the yen rates. 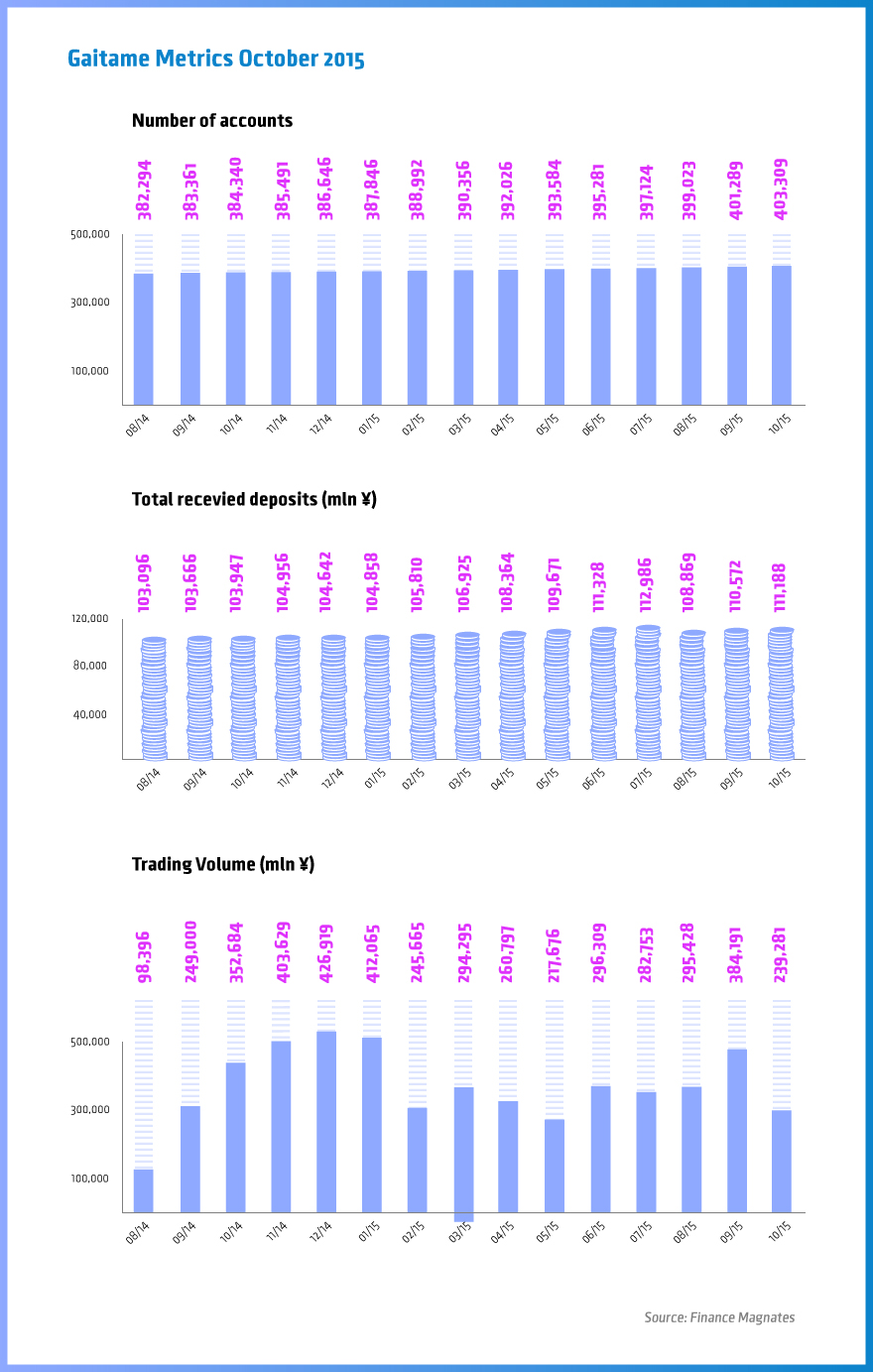