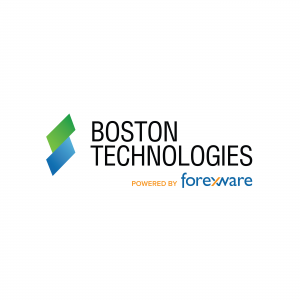 There were a few quiet months around Boston Technologies (BT) and Forexware after the companies announced their merger back in the beginning of July. Furthermore, the integration efforts of Forexware’s superior technological solution went through, resulting in a corporate restructuring at BT.

However, with the injunction of Belize-based company, BT Trading, enich also wholly-owned British Virgin Islands’ (BVI) entity BT Prime and FCA regulated Boston Prime, this story promised more action before a decisive victor could emerge in what was not the first disagreement between the co-founders of Boston Technologies, George Popescu and Kevin Millien.

After successfully obtaining an injunction order from the Belize court and announcing his intention to sell his minority stake to the CFH Group, Mr. Millien decided to proceed defending his interests back in the U.S.

The last information publicly released by the CFH Group was from May when the company stated, “The deal is expected to close within days, pending final due diligence.” No announcements have been made since then.

According to a filing with the Commercial Division of the Supreme Court of the State of New York, Mr Millien proceeded with a lawsuit against George Popescu, Currency Mountain Holdings (CMH), the holding company behind Forexware, and Emil Assentato who is the controlling shareholder of CMH and Boston Technologies itself.

Apparently, the entity incorporated offshore is quite an integral part of Boston Technologies’ business. From the court documents we find that the Belize company’s structure encompasses two major entities of the business of BT. Both BT Prime and FCA regulated Boston Prime have been fully owned by Belize-based BT Trading.

Boston Technologies has been licensing all of the intellectual property used in these companies’ business and has been fully independent from them.

The spat between Popescu and Millien was widely discussed in a previous court case detailing the deterioration in their relationship, which was won by Popescu, making him controlling shareholder of Boston Technologies.

To sum up, while Boston Technologies was directing the operations of the prime entities through bilateral agreements, the real value and assets still remained under BT Trading.

The Supreme Court of Belize extended the interim injunction order twice in July and August, following up with a statement that the term of the injunction is to remain in effect until “the determination of this matter of further order in court.”

Kevin Millien’s Side of the Story

The affidavit of Kevin Millien adds a lot of alleged details about the corporate structure of Boston Technologies and possibly even sheds some light on the reasons behind the transaction between Boston Technologies and Currency Mountain Holdings/Forexware. While no final ruling has been made, the statements made by Mr. Millien will be taken into account in this article.

One of the most striking statements in Kevin Millien’s affidavit was that he had obtained information and believed that $2 million of client funds were lost earlier this year in March, when Boston Technologies released a version of its software causing a $1 million loss to the firm.

At the same time, Mr. Popescu allegedly misused corporate funds to the tune of $100,000 to fund a Swiss entity named “First Zurich Trust,” which was fully funded by BT, however, the board of directors was never consulted about the matter and the shareholders were not informed.

Moreover, Mr. Popescu had purportedly founded a Republic of Seychelles company named Seven Hills Limited Inc., where he allegedly transferred regular “rebate” payments to himself totaling between $15,000 and $20,000 as “Head of Risk”.

According to the affidavit provided by Kevin Millien, the discussion regarding a deal between Boston Technologies and Forexware had been ongoing prior to him being ousted from the Board of Directors of BT, which was on May 13th.

On May the 1st, around the time when Forex Magnates reported about a potential deal between FXDD (a company wholly-owned by Currency Mountain Holdings) and Boston Technologies, Mr. Popescu allegedly signed an expression of mutual intent to merge with CMH.

The affidavit states that Mr. Assentato himself had informed Kevin Millien about the incoming deal between Forexware and Boston Technologies in striking detail, taking into consideration that Millien’s stake had been sold to the CFH Group.

While the deal included both BT and its affiliated companies, Mr. Millien alleged that he was still Director of all entities under Belize-based BT Trading.

Mr. Millien alleges that the reason why Currency Mountain Holdings’ majority shareholder, Emil Assentato, purportedly shared this information with Mr. Millien, was because he hoped to bring Mr. Millien back to the helm of the merged entity, however this proposal was allegedly respectfully declined.

Mr. Millien, along with FXCM, purportedly bid $3.8 million for the company, however the offers were not considered by Popescu. Counting an the offer made by CFH Group, BT’s former CEO declined three much juicier offers and instead went on to sell the company for $250,000 less $100,000, according to information obtained by Mr. Millien,  a minority shareholder.

According to the affidavit, Mr. Millien alleges that Popescu has personally enriched himself  by $1 million, according to the deal. He purportedly never submitted the transaction for a vote by the minority shareholders.

A request for a temporary restraining order has been declined, while the Defendants are seeking for the case to be sealed in light of the sensitive issues being discussed.

Update: Minutes after the publication of this article some new information became publicly available from the Affidavit of Emil Assentato filed with the Supreme Court of the State of New York.

The Other Side of the Coin

As the court declined the request for a temporary restraining order, a new document has been made available to the public, presenting the views of one of the defendants – Mr. Emil Assentato who is the sole shareholder of Currency Mountain Holdings and a controlling shareholder of Forexware.

Mr. Assentato starts with questioning the motives of Kevin Millien for filing the case several months after the announcement that a deal has been closed and reaffirms that he himself has been discussing the transaction between Forexware and Boston Technologies with him.

He also highlights that the company Currency Mountain Holdings does not have any connection to this transaction.

In his testimony, Mr. Assentato states that he believes that the case is “nothing more than the latest legal volley” in the long dating dispute between Mr. Millien and George Popescu. With an assertion that he doesn’t wish to take sides in the dispute, he proceeds to confirm some of Mr. Millien’s statements and deny others.

Mr. Assentato’s detailing of his negotiations with George Popescu start from April this year, when he’s introduced by an investment banker to the “possibility of some form of business combination.”

The affidavit asserts that through BT Trading, Boston Technologies had been engaging in forex trading activities on behalf of institutional clients. Allegedly at the time of negotiations, Mr. Popescu disclosed that under the management of its former CEO, BT was in a “fairly precarious cash position” and needed external assistance in order to survive.

According to Mr. Assentato’s statement, the BT Prime entity incorporated in the BVI, was allegedly “facing a multi-million dollar negative financial position as a result of trading losses.”

The controlling shareholder of Forexware stated that the offer he made for Boston Technologies and its affiliated entities was “naturally” influenced by the existence of this negative position. He claims to have proceeded with extra care due to being aware of earlier disputes between Millien and Popescu.

Two Tier Transactions and an Asset Purchase Vs. Equity Purchase

Forexware approached the prospects for a transaction with Boston Technologies with extreme care due to the company’s complex structure and the personal dispute history between Millien and Popescu, hence after thorough due diligence, the company decided to acquire the assets of the firm instead of its equity.

Assentato explains that the transaction was structured in two stages, with the first transaction encompassing BT’s assets, while the second would deal with the foreign entities. While the first one was closed on the 11th of July, 2014, there was no particular date set for the second transaction.

The case which Mr. Millien filed in Belize pertaining to the ownership of BT Trading, effectively stopped Mr. Assentato from proceeding with the second closing, according to his own testimony.

Contrary to Mr. Millien’s affidavit, Mr. Assentato states that he has never diverted any part of the purchase price to Popescu and only agreed to appoint him as Head of Strategy to provide his assistance in relation to the software of Boston Technologies.

A job offer was made to Mr. Millien too, chiefly to head the sales division, but he allegedly turned the offer down, a statement which matches the plaintiff’s affidavit.

Mr. Assentato claims that contrary to what Mr. Millien states in his affidavit, there was no special benefit provided on his part to Popescu related to the transaction. The affidavit further asserts that Assentato had no knowledge about how the proceeds of Forexware’s purchase (confirming the $250,000 figure) had been spent.

According to the affidavit, Mr. Millien was indeed offered a position heading the sales division in return for similar compensation, but had to release any further claims against the company. Mr. Assentato adds that contrary to what Mr. Millien asserted in his affidavit, there had been no offer to “arrange a distribution from Popescu.”

The full content of the affidavits provided by Popescu, Millien and Assentato are available below.

With a court hearing set tomorrow (December 16th) to determine whether the case is to be sealed from the eyes of the public, these could be the last openly available details before the official final decision of the court is reached.