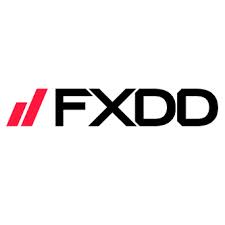 As most of our regular readers have gathered, there have been some serious shifts going on in the US foreign exchange space in the past couple of days. Just yesterday, Forex Magnates brought to your attention the news that FXCM will be acquiring FXDD’s US-based client accounts. We can follow up today by breaking the news that the resources which FXDD obtains through the deal might be put to good use for acquisitions. Despite the sale of its US clients portfolio, the company is nowhere close to leaving the retail foreign exchange business.

Their most likely acquisition target – Boston Technologies. As the company has been growing steadily for many years to eventually reach a revenue stream totalling $ 20 million, its success has drawn constant attention, as sources close to the matter have confirmed to Forex Magnates that FXDD is holding talks to acquire Boston Technologies.

After a resolution to an ownership dispute back in February between the founders of BT – Kevin Millien and George Popescu, the case was resolved with a court order mandating Mr. Millien to transfer one share to Mr. Popescu making him the majority owner of the company. Could an acquisition be what’s next on the line?

Following a number of negotiations conducted in the past couple of weeks, Forex Magnates’ sources state that the best offer for one of the first companies to provide bridging technology connecting the MetaTrader 4 platform to the interbank market and offer its Start Your Own Brokerage (SYOB) platform solutions, is most likely coming from FXDD.

Forex Magnates’ reporters contacted Boston Technologies to follow-up with some details surrounding the possible deal. BT’s CEO, George Popescu stated, “Since the founding of the company we have received at least once a week an investment or acquisition offer. This is nothing new, and as soon as something is certain we will make sure to inform the public as soon as possible.”

As we look towards the benefits that FXDD can extract from the deal, we have to mention their own fully owned unit dedicated to developing and providing retail FX technology, Forexware. Since the products offered by the company are similar, there are quite a few potential synergies between the firms to bring additional value to FXDD’s SYOB solution which makes such a deal quite sensible.

You say close, I say Nyet.

This letter is to notify you that FXDirectDealer, LLC (“FXDD”) will no longer be the counterparty to retail customers’ positions and will no longer service such customer accounts. We have made arrangements to transfer the custody and clearing of your account to Forex Capital Markets, LLC (“FXCM”).