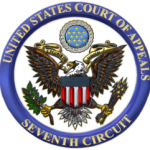 Last year, forex Ponzi scheme fraudsters, John Walsh and Charles Martin, operators of defunct One World Capital were sentenced to serve 12 ½ and 17 year prison sentences respectively as well as pay restitution of nearly $17million. The two appealed the ruling in order to have their prison sentence and restitution amounts decreased.

While operating One World Capital, Walsh and Martin registered the company as a Forex Dealer Member (FCM) and Futures Commission Merchant (FCM) with the NFA and CFTC. The company was formed in 2005 and offered forex broker services via trading on the MetaTrader 4 platform, with One World Capital operating a dealing desk and being the counterparty to customer trades. Taking the ‘bucket shop’ operation a step further, Walsh and Martin were found to have misappropriated customer funds by using them for their personal expenses such as at strip clubs and restaurants, as well as transferring client money into their individual bank accounts. Without proper enforcement of client fund segregation, One World Capital maintained very little of its customer’s money available for withdrawal. At the time of the NFA’s initial investigation in 2007, it found that MetaTrader records showed client funds at $17,654,486, with One World Capital only holding $677,932 in assets. Due to the charges, both Walsh and Martin pleaded guilty to theft, wire fraud, and tax evasion which resulted in the 2012 sentencing.

To decrease the terms, Martin and Walsh appealed the sentencing, on grounds of small technicalities. The two argued that the calculation of the funds was too high and was based on theoretical figures that could have been lost as well as Martin claiming that One World Capital really wasn’t a FCM based on not offering futures trading; thereby removing the higher offense applied to such a financial company.

The appeal was ruled by the United States Court of Appeals for the Seventh Circuit. Denying the appeal, Circuit Judges Wood, Tinder, and Hamilton affirmed the original ruling as they claimed that the funds calculation was correct and fell under previous legal precedent. In addition the FCM status was upheld based on proving that One World Capital did in fact have futures clients as well as that according to CFTC rules, they would still be an FCM.

In losing the appeal, Walsh and Martin’s 12 ½ and 17 year sentences were upheld as well as their requirement to pay restitution.