One of the key events of the FX/CFD industry from the last few years was the introduction of product intervention measures by The European Securities and Markets Authority (ESMA).

As a result of regulatory changes in Europe, retail clients have started to look for new opportunities and locations with higher leverage than that allowed in Europe. The widespread migration of retail investors has benefited not only offshore regulatory locations but also one of the major established market players — Australia.

As in 2018, we saw the trend that was confirmed again last year: the share of Australian brokers in global FX/CFD volumes grew significantly. Now, it looks like the sweet period is coming to an end for Australian brokers. Last year, ASIC proposed a number of restrictions, including imposing leverage limits, enhancing the transparency of CFD pricing, execution, costs and risks, implementing negative balance protection, and more.

With the situation heating up for Australian brokers, it is only natural to expect that the competition among key market players will get tougher. Since retail traders will feel restricted, especially by the lower leverage, brokers may try to attract them with lower trading costs. If that assumption is true, who currently offers lower costs of trading?

Fighting for clients with lower costs

Finance Magnates Intelligence conducted comprehensive research on the FX/CFD pricing being offered by key Australian brokers. The elements measured were the spreads for four major FX pairs as well for XAU/USD (Gold). We also looked at the value of offered swap points.

The research was conducted on the 3rd of March 2020. The total costs were measured by adding offered spread plus commission where applicable. While raw spreads were the lowest in the case of Pepperstone and IC Markets, the situation was different when the trading commission was added, thus showing the total costs of trading for investors. 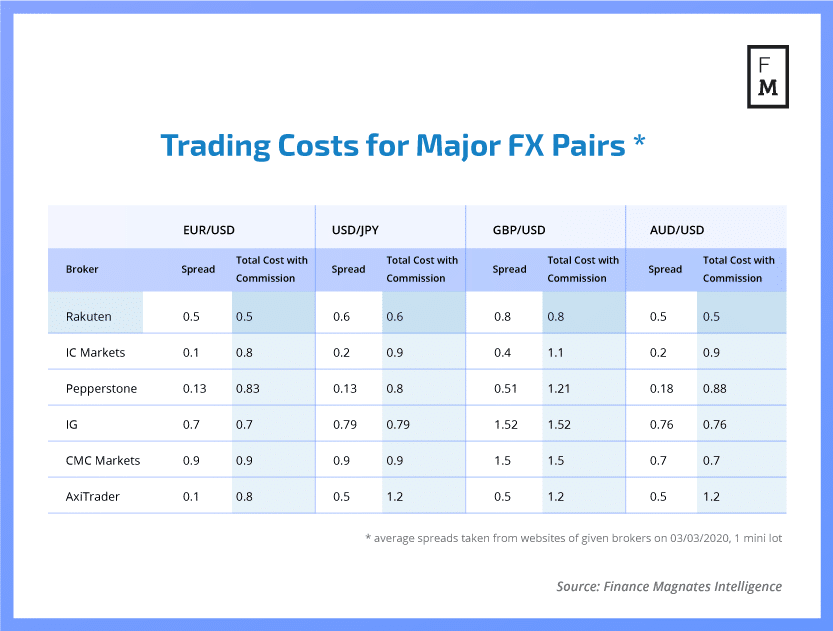 The lowest total costs of trading were offered by Rakuten Securities Australia (RSA). The average total cost of transactions on four major FX pairs was equal in the case of Rakuten Securities Australia up to $6 USD. Similar costs for the last-placed broker in the rankings was equal to $11 USD per trade. Rakuten had the lowest costs in all the pairs covered in the research. 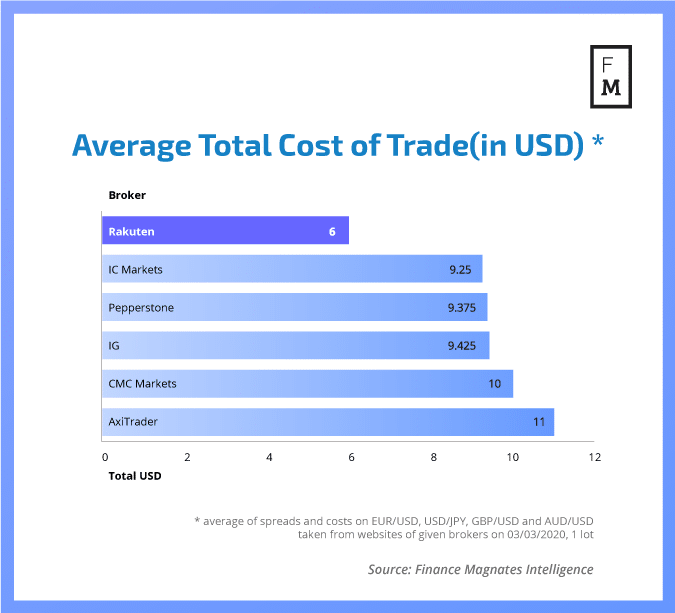 We have also examined the costs of Gold trading. This may be especially important today as gold is reaching new highs. On the back of coronavirus disease (COVID-19) outbreak, it is seen as once again as the most secure trading asset and can soon approach an all-time high around the $1,800 mark. In this category, Pepperstone was offering the lowest trading costs. 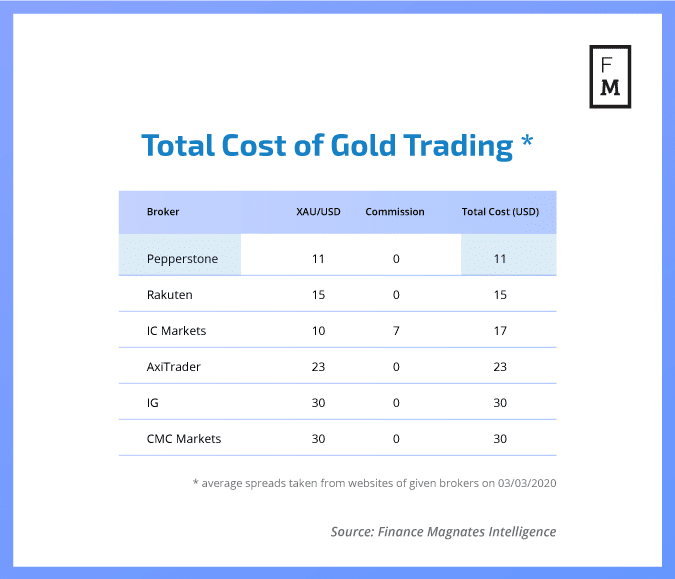 The Australian branch of Japanese Rakuten Securities also had very preferable swap points values. In six cases, their offer was more profitable for retail traders than the offer of their competitors. The lowest FX costs of trading offered by RSA may be due to the relationship with their Japanese parent company. Overall, the Japanese retail FX industry remains the largest in the world, representing 1/3 of total global FX retail volume. 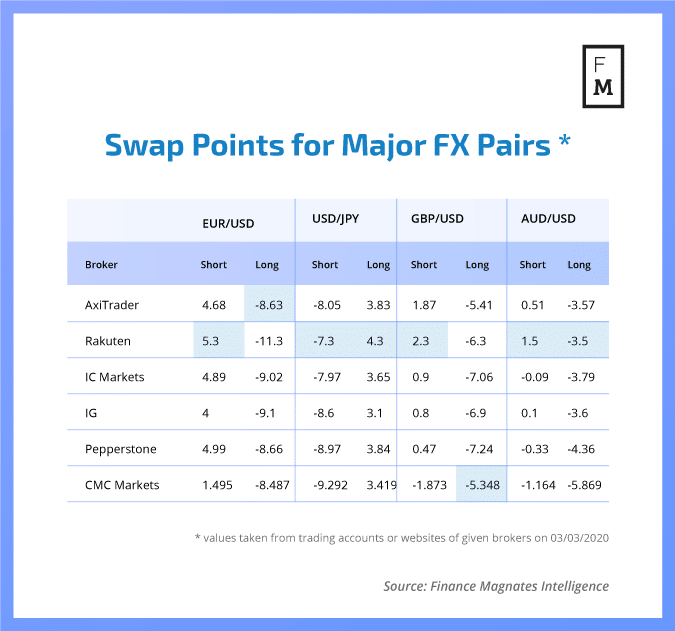 Whether it will help Rakuten Securities Australia to fight for the market share with Pepperstone, IC Markets and others is yet to be seen. With other Australian brokers aggressively competing for clients too, Finance Magnates Intelligence will be closely examining the situation in Australia and the scale of the impact made by ASIC regulations.