Alpari Russia has reported its trading volumes for the month ending October 2015, which have fallen MoM from September.

Last month, Alpari Russia saw a rising monthly turnover in September 2015 of $92.4 billion, orchestrating a rise of 6.0% MoM from August 2015. Despite the higher figure at the time however, Alpari’s September performance was overall quite subdued, namely when compared to its industry peers.

For the month ending October 2015 however, Alpari Russia saw a monthly turnover of $90.8 billion, which corresponds to a retreat of -1.7% MoM from the $92.4 billion of September 2015. Helping largely stabilize the trading volume was the impact of the GBP/NZD currency pair, which saw heightened interest during October 2015, relative to other months.

Alpari recently made headlines after the brokerage hired Roberto d’Ambrosio as its newest Director of European Operations to help supervise the company’s effort across the European Union (EU). Mr. d’Ambrosio joined the company from Tier1fx, having held the position of Vice President of Sales dating back to February 2015. Prior to that he served as the Director of Sales for the European region at FXDD. 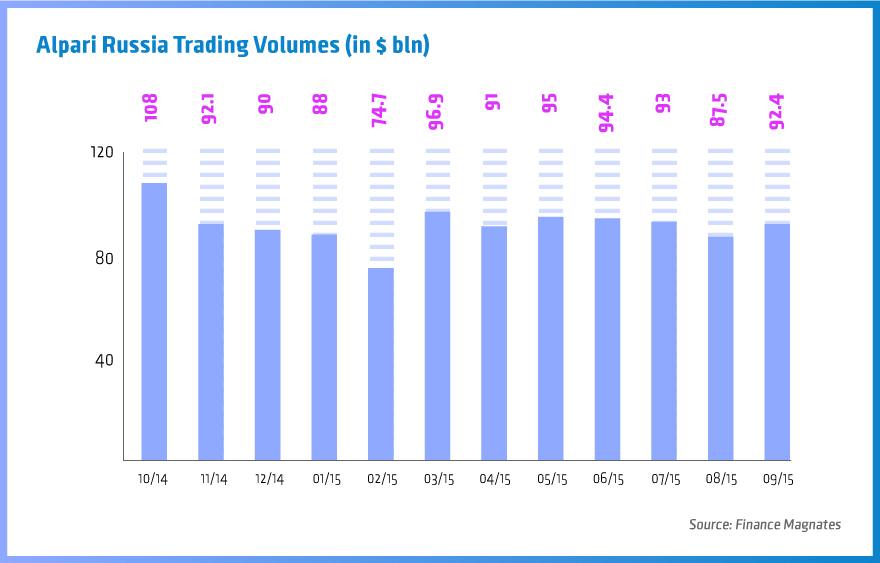