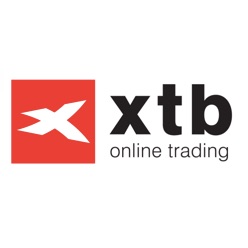 Despite the inability of many brokers to emerge out of the shocking Swiss-induced upheaval last week unscathed, XTB Group managed to turn calamity into victory by turning a strong profit which proved to be its strongest in six months.

As for XTB’s recent performance, their net profit for the last six months, including January’s 2015 forecast, should exceed $17.4 million euros ($15 million), according to a recent XTB Group statement. Of these profits, approximately 15% have been realized by its institutional entity, X Open Hub (XOH) – an institutional technology and liquidity provider.

XTB Group managed to weather the storm last week and actually emerged out of the maelstrom stronger than before. This was predicated on the employment of XOH’s risk management technology, which allowed adjustments of open positions to the company’s risk-averse profile.

Moreover, the group relied on conservative leverage techniques, with the average leverage being offered by XTB at 1:100. Perhaps more importantly, XTV applied a risk strategy on all CHF pairs several months in advance of the snap SNB announcement that caught many other brokers and providers by surprise.

Finally, at the time of the SNB announcement, there were major positions that were long CHFPLN, which helped drive January’s results. Indeed, the advent of many customers on the wrong side of the trade was clearly noticeable.

It is a conservative leverage. The fact that they have earned nearly twenty million dollar shows that they can’t be a real STP/ECN Broker. This indicates that they trade against their clients and holding the counter positions.