Two of our top stories this week emanate from the Asia-Pacific region. In Japan, Finance Magnates successfully hosted its third annual Tokyo Summit, culminating with an Awards Ceremony. Heading further south across the Pacific, we also posted an exclusive interview with the Chief Executive of New Zealand’s sole registered markets operator and exchange, NZX Limited (NZX).

M&A activity also caught our attention, with the sales of both FastMatch and AvaTrade in the headlines.

This year’s event revolved around the theme, Global Innovation through Education.Throughout the day, over 800 leading industry professionals from Japan and around the world benefited from a range of features panels, influential industry speakers, exhibitions and world-class networking opportunities.

The day culminated with Finance Magnates’ Awards Ceremony, a true hallmark of quality and the only industry award determined exclusively and anonymously by peers. The award for Best Retail Forex Broker for 2015 was scooped up by Traders Securities. SBI FXtrade picked up the award for Best Trading Platform in the Japanese Market, while the prize for Best Retail Technology Provider went to Nextop Asia. Finally, Finance Magnates’ Award for Best Marketing Broker was granted to DMM.com, which operates DMMFX.com.au. 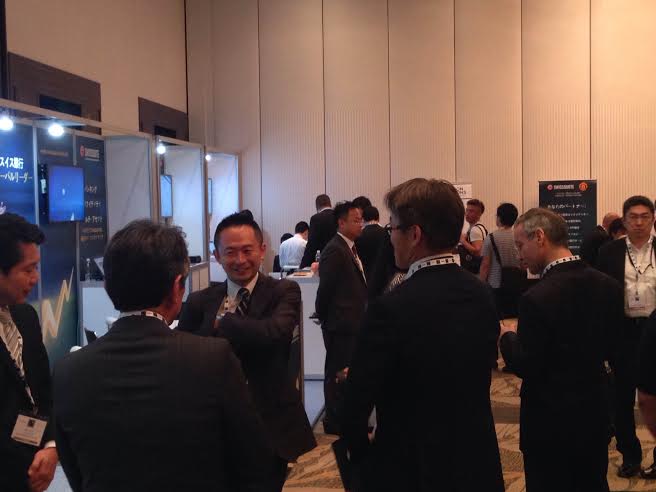 Further south, Tim Bennett, CEO of NZX, was upbeat about trading conditions down under in an exclusive interview with Finance Magnates. Mr. Bennett shared his optimism about New Zealand’s strong economic performance and the Kiwi exchange’s strategic direction and expanding portfolio.

The conversation covered the ongoing diversification of NZX’s business beyond traditional capital markets activities, its role and responsibility to help develop the trading eco-system in the country, the thawing out of retail participation in the market, and the island nation’s exposure to global events.

Of particular interest for potential investors was NZX’s acquisition of SuperLife, a large group superannuation provider, in December 2014, which boosts the company’s funds under management from approximately $400 million to over $1.6 billion, and ramps up its offering of ETFs for the New Zealand market.

There were also whiffs of M&A activities this week. On Wednesday, it was reported that the sale of FastMatch appears to be drawing near.

Indeed, ever since FXCM made it public that they were selling their 35% stake in FastMatch, an order and quote-based FX ECN, it has led to talk that the entire FastMatch may be up for grabs, which looks to be very much the case.

The impending sale sits against a backdrop of acquisitions by exchange operators. Indeed, both Deutsche Bourse and BATS Global Markets have recently picked up FX ECN businesses, allowing the exchanges to immediately boost their offering of currency products as well as gain access to new client bases.

Accordingly, five exchange operators have emerged as potential buyers of FastMatch; the Nasdaq OMX, LSE, EUREX, LSE and SGX. Thus, while the FX ECN looks set to sell, its price remains to be seen, with industry estimates valuing the company around the $200 million mark.

The second M&A-themed story relates to Playtech’s acquisition of brokerage firm, AvaTrade. Playtech successfully completed a formality this week, gaining the unanimous approval of shareholders who voted on whether or not to accept the deal.

Only 6,323 shares were cast against the deal, accounting for only 0.01 percent of shareholders who have a say in the matter.

AvaTrade is seen as an access point to the lucrative Japanese retail online trading market. The target company holds an authorization by the Japanese Financial Services Authority (JFSA) permitting it to operate legally in the country that boasts the highest volumes of retail forex trading in the world.

Playtech could leverage the license that AvaTrade holds for its other brands – FXTrade and Plus 500 – should it choose to extend the reach of these companies in the country.