With a strong investment appetite in Australasia, the New Zealand market is particularly buoyant. As the sole registered market operator in the country, NZX Limited (NZX) plays an active role in the development of capital markets down under.

Broadly, NZX builds and operates capital, risk and commodity markets in New Zealand and the infrastructure required to support them. It also provides information and data to businesses and investors.

While NZX has sought to diversify its operations over the past 10 years, its traditional capital markets activities still make up about half of its revenues, which amounted to NZ$65.2 million in 2014. Cash equities make up the largest piece of the pie, alongside a blossoming derivatives market – both equities and dairy.

The remainder of the business is divided into three categories. An agricultural information business supports the Kiwi economy’s heartland. Boasting periodicals through to data and analysis, the NZX seeks to further develop the soft commodity markets, particularly dairy and grain, through these activities.

We acquired a large group superannuation provider, with the objective of launching a broad range of ETFs for the New Zealand market.

Finally, there is the fund management business, from which investors can expect an extended product range in the near future. Building on its decision to offer equity options, which saw the launch of three NZX20 Index futures contracts back in June 2014, the company is ramping up its ETF (exchange-traded funds) offering.

Bennett explains: “At the beginning of this year, we acquired a large group superannuation provider, which we are integrating into our business with the objective of launching a broad range of ETFs for the New Zealand market.”

Indeed, historically there have been comparatively few passive or index tracking offerings available in New Zealand compared to a number of overseas markets. With the acquisition of SuperLife in December 2014, NZX’s funds under management increased from approximately $400 million to over $1.6 billion, substantially enhancing new fund creation and distribution potential for the Smartshares’ ETF business.

Boosted by the introduction of a new superannuation scheme (KiwiSaver), an upgraded regulatory environment and strong economic fundamentals, the New Zealand capital markets are in good health. Indeed, metrics for the previous calendar year highlight a robust performance, with a solid uptick in market capitalisation.

We’ve had an economic environment which has been, relative to the rest of the world, pretty stellar over the last few years.

CEO Tim Bennett agrees: “The New Zealand capital markets are going through a resurgence”, driven by the aforementioned conditions.

Particularly, Bennett pointed to the island nation’s buoyant economy: “We’ve had an economic environment which has been, relative to the rest of the world, pretty stellar over the last few years. As a result of that, there has been continued interest in New Zealand as a destination for investment.” 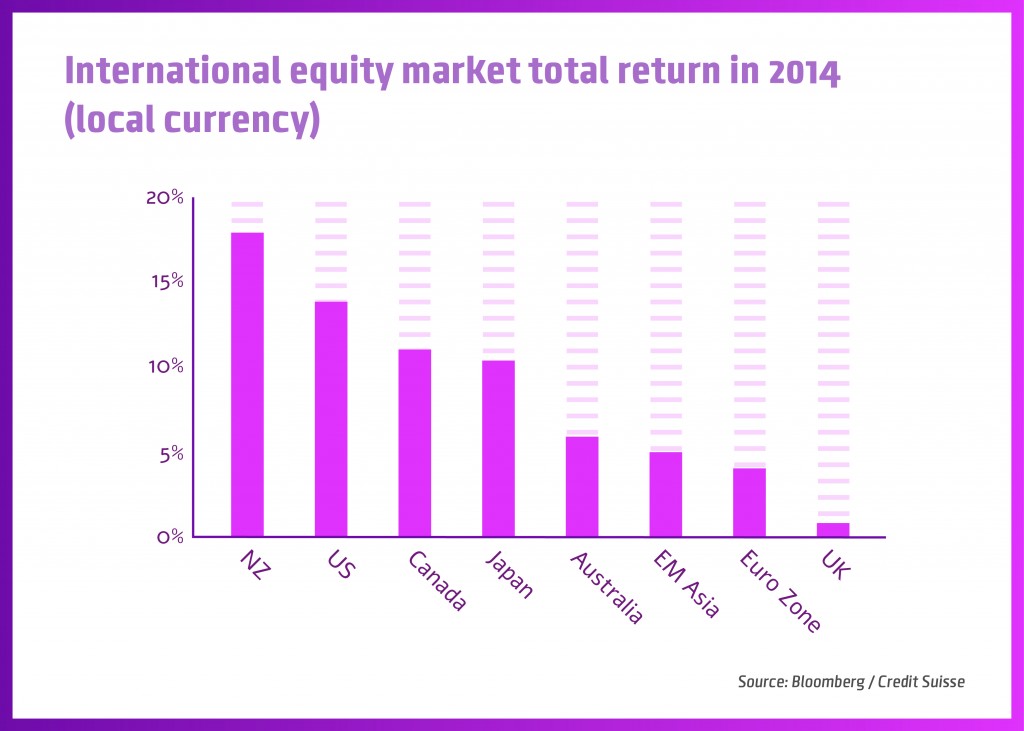 As a major player in a small market, NZX takes its role seriously to help build and contribute to the overall operating environment.

Bennett: “In a small market, some of the infrastructural investments that you need to be competitive and efficient as a market are not necessarily made by independent players … NZX is committed to investing in and growing areas of the capital markets that are undeveloped and where we see value, with the benefits accruing to both the market and our shareholders.”

NZX is committed to investing in and growing areas of the capital markets that are undeveloped.

Bennett commented on the sale: “We made the investment in Link Market Services 10 years ago and we have effectively created a world-class registry market place … It is now time for us to exit.”

Looking ahead, Bennett identified opportunities to reinvest. Specifically, NZX has its eyes on Apteryx, a technology company focused on providing online services to investment companies, across a range of digital devices.

Bennett: “The wealth platform industry in New Zealand is underinvested  in and not that competitive. So if we are going to have more advisors and more investors getting good advice and open architecture, then we need to make that investment.”

Apteryx had annual revenues of about $1.2 million in the year ended March, with more than $1 billion of funds administered on its platform.

Bennett sees good prospects for retail investors down under.

New Zealand markets have historically been devoid of retail investors. Indeed, in the past, Kiwi appetites have favoured real estate, IPO activity has been lacking, investors felt burned by the dot-com collapse, and savings rates were negative.


However, Bennett sees good prospects for retail investors down under. Indeed, the number of retail investors participating in the stock market shot up with the government’s sale of up to 49 percent of three power utilities in recent years.

Furthermore, there is a raft of new investment opportunities emerging, such as a new market for small, high growth businesses (NXT), crowdfunding platforms, P2P lending and an increasing range of investment products available on the NZX.

According to Bennett: “We are in year five of probably a 15-year journey … We are turning things around … There is an increased acknowledgment, particularly given KiwiSaver’s prominence, that people do need to save for their retirement and [securities] will be a complimentary asset class.”

Bennett was sanguine about global events.

Regarding the tumultuous Chinese stock markets, Bennett commented, “There has been no first order impact on New Zealand, or indeed anywhere globally. It is up by a huge percentage in the last 12 months, so there had to be some give back at some point.”

In terms of the bigger picture, Bennett did concede that the slowing Chinese economy and the dip in commodity prices, such as dairy and iron ore, would undoubtedly dampen growth in New Zealand; commenting that “New Zealand’s growth rate is lower than it would have been absent the fall in dairy prices.”

However, Bennett stressed the importance of the long game. “You need to roll back 2-3 years and dairy prices are at where they were.”

“If you look at the long-term prospects for New Zealand’s commodities exports to Asia, clearly it’s very positive. We are seeing selective investment in that sector by investors who have got a much longer-term view.” 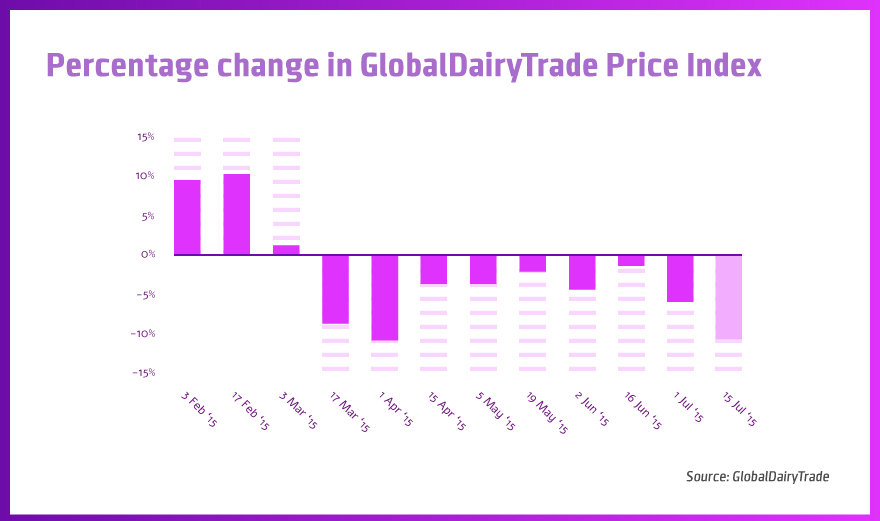 The falling NZ dollar will only contribute to the sector’s competitiveness, while import inflation remains modest.

Bennett was also positive about the elephant in the room – Greece.  “To be perfectly honest, I think that for most people in New Zealand, and even the reasonably sophisticated investors, Greece is a bit of a side show … It’s more political than economic.”

I don’t think New Zealand is immune at all. We are equally at risk as is any other piece of financial services infrastructure in the world.

While NZX’s boss sounded confident, he was not complacent. In the wake of the recent NYSE outage, Bennett emphasised the importance of robust technology and cyber security. While he was confident that NZX runs extremely reliable systems, he added, “Like most systemically important pieces of infrastructure, [cyber security] is always a concern and it’s a moving concern.

“These things happen and I don’t think New Zealand is immune at all. We are equally at risk as is any other piece of financial services infrastructure in the world. So we are pretty vigilant,” he added.

While Bennett was not at liberty to comment on upcoming IPO activity, he was clearly eager to promote New Zealand’s investment potential. Confirming the general sentiment of the interview, he concluded on an optimistic note.

“The economy is not growing as fast as it was last year but it’s still growing much faster than most other developed nations, so people are reasonably confident here.”

“We are a well regulated marketplace; we’ve got some interesting investment opportunities in a relatively high growth economy that’s got good exposure to Asia,” he concluded.

While FX traders may be deterred by the weak Kiwi dollar, the endorsement of New Zealand as an investment destination by NZX’s chief is certainly noteworthy.

Share this article
Tags: Interviews / NZX
Got a news tip? Let Us Know