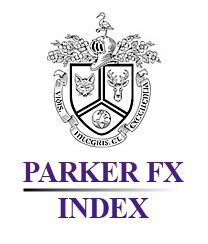 A wave of volatility in global financial markets post-summer has maintained positive returns in FX funds despite a year of mixed fortunes with lower than expected volatility in the first half of 2014.

The Parker FX Index, a global benchmark that tracks the performance of leading currency funds, reported returns for the month of November. The index reported a positive performance of 0.68% return for the month. Of the thirty six funds in the index, thirty one reported their findings. The figures highlight the correlation between trading performance and market volatility.

Details issued by the firm show that the Parker FX Index reported on a risk-adjusted basis, the index was up 0.30% in November. The median return for the month was positive by 0.50%, while the performance for November ranged from a high of 5.19% to a low of 3.20%.

2014 has been a positive year for currency managers on a YoY basis, according to metrics reported last year, the index was down in November 0.26% and was down 1.04% for the eleven months from January 2013 to November 2013.

The US dollar has been outperforming major currencies, with QE in question and the US economy recovering markets have been embracing investor funds. In November the dollar hit a five-year high against the euro.

Details of the Funds in the Index

The dollar continues to strengthen amid concerns that the Russia-Ukraine conflict will continue, coupled with Middle Eastern uncertainty remaining on high alert. The dollar was flirting around the formidable 1.900 level as bulls push the dollar to new highs.