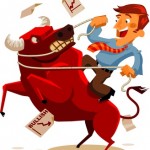 In the coming three months, “the majority of respondents in the U.S, Japan and Hong Kong expect world stock market prices to increase,” according to the report.

Japanese market participants are most optimistic about U.S equities for the first time in two quarters. Bullish stock market sentiment among U.S retail investors “is at its highest point since this survey was first conducted.” This could reflect S&P 500 rising to an all-time high of 2,007 during the survey period.

When asking U.S and Chinese retail investors which currencies they thought would rise most over the next 3 months, around 50% of U.S respondents answered that the US dollar would appreciate most sharply, compared to 40% of HK investors.

When surveying its clients regarding commodities, Monex found that investors in different regions have vastly different views on future commodity prices. While the majority of investors in the U.S. and Hong Kong felt energy markets would broadly rise, Japanese investors have a contrarian view and expect energy markets to broadly decline over the coming 3 months.

Compared to the previous survey, higher percentages of retail investors expect the Federal Reserve to raise interest rates in 2015. However, investors in each region had different views on the timing of rate increases. 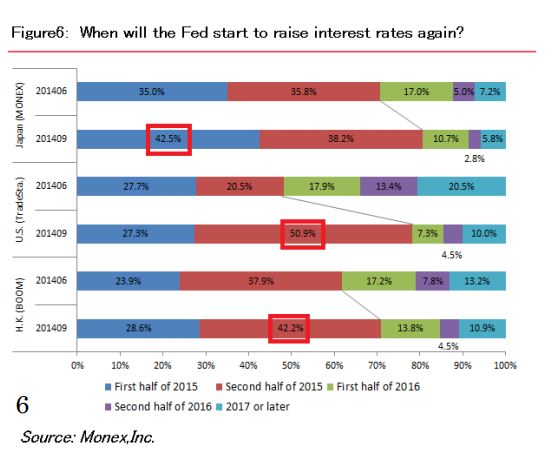 In the report, Monex states, “The timing of a rate hike will remain the focus of attention in markets in the autumn and beyond. U.S. monetary policy will have a very great impact not only on the U.S. economy but also on the Japanese economy, exchange rates, and the Japanese stock market, and we would like Japanese investors to pay close attention to it.”