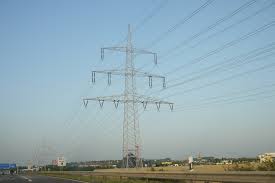 High-frequency trading has been facing an uphill struggle in global financial markets to remove stigma directed at computerized trading solutions. A US-based hedge fund manager is the latest participant to use HFT as a scapegoat to account for his funds performance issues.

Rinehart Capital Partners’ founder issued a note to clients informing them of the closure of the $100 million fund. The Wall Street Journal reported that Andrew Cunaigan, founder of the fund, opined in the letter that HFT and the current market climate were factors behind the demise of the fund.

According to industry data, the seven-year old fund that invests in emerging market stocks saw positive results in 2010 and 2011, but experienced a major drop this year with a four percent decline year-to-date. Emerging markets have seen a substantial reduction in the amount of funds invested in stocks, following the comeback in developed markets such as the US on the back of tapering and QE. Thus emerging market equities have been slanted back into the red-zone.

Mr. Cunaigan’s main concern is the high-speed computerized trading style known as High- Frequency Trading – HFT. He is reported to have said: “This is a circus market rigged by high-frequency traders)and other algorithmic traders who prey on the rational behavior of warm-blooded investors. They only serve to further undermine the integrity of public markets, which will ultimately bring about their rationalization.”

Emerging market financial instruments have been a breath of fresh air for investors on the basis of potential returns. However, industry data shows that since January, over $11 billion of assets have been withdrawn from emerging market-focused ETFs globally.

Mr. Cunaigan further expressed his concerns about the current trading landscape and believes the markets are just trading in a cyclical fashion with major issues still to come, adding: “Just as in previous boom-bust cycles, the seeds of destruction are sewn in the illusion of trend masquerading as truth, with momentum seeming to validate a widening gap between perception and economic reality.”

Supporters of HFT have been defending the practice as a viable component of the current financial ecosystem. Governments and regulators have been looking at ways to minimise the use of HFT as they deem it the culprit behind major market disturbances, such as the 2010 Flash Crash and most recently the Knight Capital glitch.

Kevin Houston, an industry practitioner and contributor to the UK government’s report on HFT, believes that HFT needs further understanding before accusations can be made. In the 2012 Foresight Report, academic results demonstrated that there are no major problems associated with HFT.

At one point, FX Concepts was regarded as the world’s largest FX fund with over $14 billion in assets under management.

Share this article
Tags: hft
Got a news tip? Let Us Know