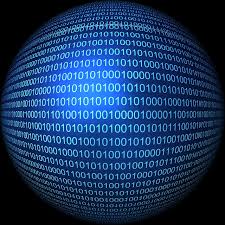 The UK could be opening its doors to a new wave of business migrants offering binary options, a semi-gambling, semi-financial asset class. Forex Magnates reported that the British government could be planning on a new home for the product. Changes in law that will consequently regulate the product as a financial markets instrument to boost the UK’s wider financial sector will result in a queue of firms knocking on the regulator’s door.

The UK’s main financial markets watchdog’s current views on the regulatory status of binary options could change after news of a letter sent by the Department for Culture Media & Sport (DCMS), a government body, to the gambling commission discussing the regulations of binary options offering alternatives.

Although the FCA has not issued a formal response, they are firm on their view on binary options not being a financial product. “The FCA’s view is that binary options do not fall under the definition of specified investments within the Financial Services and Markets Act 2000 (Regulated Activities) Order 2001,” a spokesperson for the organization commented in an emailed statement. “More specifically, we do not view binary options as having the characteristics of contracts for differences (CFDs) under the RAO Article 85.”

“On this basis, they are not within the perimeter and the FCA does not regard them as MiFID financial instruments. In general, we regard binary ‘options’ as more akin to fixed odds betting, and therefore they may be subject to the Gambling Commission’s jurisdiction.”

Domestic firms offering trade execution in binary options in the UK are currently regulated under the Gambling Commission. 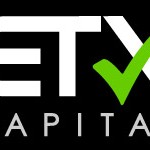 Binary options are quickly gaining traction among UK private investors as an alternative asset class, similar to their view on the trading of FX and CFDs. ETX Capital, a leading FCA regulated brokerage firm, was the latest mainstream player to offer the solution to its clients.  The firm offers a wide range of order types on a diverse set of asset classes. Since launching the offering earlier this year ETX has seen an uptake in activity.

“Binary trading has helped to make the financial markets more accessible than ever, giving traders a clear-cut choice within fixed time limits.”

ETX Capital follows in the footsteps of the UK’s largest CFD broker, IG, which is regarded as one of the pioneers of the product. The firm takes pride in “not only inventing financial binaries over 10 years ago but also having the most comprehensive offering on the market, as well as our popular up/down Sprint markets,” a company’s representative boasts.

IG offers a diverse range of binary products, according to its website, it states that users can trade the following binary types; One-Touch, Ladder, Tunnel, Hi-Lo, Target, Up/Down.

The UK is one of the most established markets for derivatives products among retail investors, the market has evolved since the internet boom of the 2’000s which bolstered investments in derivatives instruments. As traders take heed of the current environment, binary options are becoming popular for short-term trading.

IG’s spokesperson added: “We believe clients in the UK are demanding more from their binary providers and using binaries more to hedge, or complement their more traditional delta one positions that they have with IG, or with other CFD or spread betting providers.

Clients are also increasingly drawn to the subjectivity of the pricing on binaries that need an estimate of future volatility before a priced can be derived. Clients know that if they estimate future volatility levels in major markets better than dealers at IG they will be able to profit from trading this product with us.”

Binary options are currently in their embryonic stage of development, the gamification of financial markets, a concept seen since the 2008 recession where investors take short-term views on the markets has evolved with more and more people from the traditional investor community exploring the value of binary options.

However, the regulatory status of the asset class is questioned by participants on both sides of the spectrum, the providers and the users. Market volatility caused a number of investors to falter at the hands of inefficient brokers, notably, Crown Forex. With traders increasing their financial awareness of regulatory rules and guidelines the concept holds much importance in the world of retail derivatives.

As binary options become more popular, regulators are starting to take them more seriously. Cyprus’s main financial watchdog, CySEC, was the first European authority to certify the product. The same concept has been transported to Australia and Japan.

On the other hand, binary option providers have seen a backlash in the number of warnings issued against them by several authorities in the developed world; Belgium, France, Italy and Canada have been issuing warnings on their websites against unregulated providers.

The Future of the UK

London’s position as the world’s financial capital is widely recognised, holding the top spot in forex volumes topping the formidable 40% mark as per the last BIS survey. The possibility of new regulations in the capital could open up new revenue streams for the government with brokers flocking to the UK to set up shop.

Kevin Taylor, Director at Trading Compliance Limited, shared his views on the possibility of changes in the way binary options are regulated, as per the DCMS’s letter: ”I am happy to see the UK consulting over FCA regulation of binary options. We have held the view for some time that these should be treated as financial instruments in the same way as spread bets and other CFDs. This will bring us in-line with the rest of Europe, and will ensure that the UK can remain the chosen jurisdiction for firms wishing to offer binaries.”

The UK has become a haven for international FX providers due to its flexible trading condition after the US implemented OTC derivatives rules (leverage rules) under the Dodd- Frank Act in 2010. Major players in the US market set up UK regulated entities including; FXCM, CMS FX and GAIN Capital. The UK’s strong regulatory framework and infrastructure has attracted brokers from the east, a number of players from Japan, Indonesia, India and Cyprus have established UK authorised firms.

Mazhar Manzoor, a senior UK-based compliance consultant and CEO of ESMA Compliance Consultants Ltd, commented about binary options regulations to Forex Magnates, he said: “The FCA’s plans for regulating binaries is a positive step, addressing a grey area/potential loophole in the regulation in this increasingly popular product type, and will affect the required systems and controls for this type of product in the many FX firms in the UK who are already offering these products or considering adding them to their product range.”

Binary options, if classified as a financial derivatives instrument, will be regulated in a similar fashion to CFDs. FCA regulated firms which deal as principal and take on client risk will probably be expected to hold capital with the regulator in defence of the amount of exposure they hold on their books. Patrick Lindsay, a London-based compliance officer explained: “The UK has a tried and tested model of regulating financial derivatives, they have the ability to plug-in binary options, however the product needs to be understood and any complexities addressed accordingly.”

Binary options are ideal for both active and novice traders; they can be traded using minimal amounts of capital. This gives traders the ability to determine the amount of risk before trading. Furthermore, the product gives the trader a clear picture of the amount they can profit or loss from.

If the FCA adopts binary options in its nest of sophisticated financial products, Forex Magnates expects the product to see an uptake in participation, as investors will feel comfortable with rules such as segregated client money, a popular advantage the UK holds.