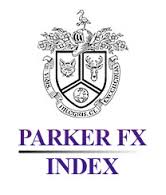 The world’s largest FX hedge funds reported performance figures for the month of October. Constituents of the Parker Global Index, a performance-based benchmark that measures the reported and the risk adjusted returns of global currency managers, saw performance up 0.32% in October.

The positive return comes despite a horrid month which saw the US government go on strike for 16 days. Although the index is in the green, year-to-date figures are poor with the index making a loss of 0.74%.

October performance is welcomed by currency managers after the index had a difficult summer, the index was down in June, July and August. The largest loss for the year was reported in August this year when the benchmark reported a 1.33% loss.

FX hedge funds were hit by the demise of FX Concepts, one of the largest currency funds. The 30 year-old-fund gradually saw decreasing assets, and finally pulled the plug in October, as reported by Forex Magnates.

2013 has seen sharp moves across major currency pairs, the yen has been the talk of the year with USD JPY and now EUR JPY playing pendulum. The yen has dropped 4% this month against the greenback, thus signalling more interest in Abenomics.