– Across currency pairs, the euro versus the U.S. dollar pair continues to have the highest share of reported turnover, at 31 percent. 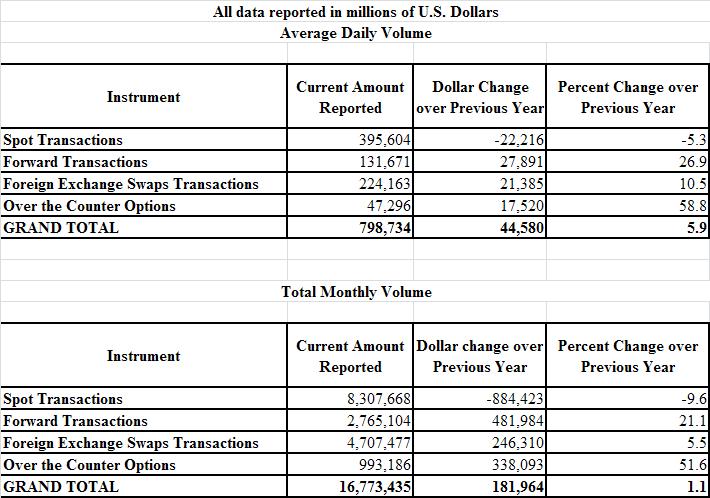 The data is compiled from 25 leading financial institutions active in the North American foreign exchange market.  The last survey done by the Foreign Exchange Committee in October 2010,  showed similar decline in spot transactions. While the average daily volume of the entire FX market grew, it is worrisome to see spot transactions decline. Most forex retail brokers in the US, offset either all or some portion of their risk with these 25 leading financial institutions and it looks like the reduction in leverage due to Dodd-Frank Act is playing a big part in the decline. A similar survey done by the The London Foreign Exchange Joint Standing Committee shows a 32% increase in spot transactions for the same period !

The rest of the report can be found here.