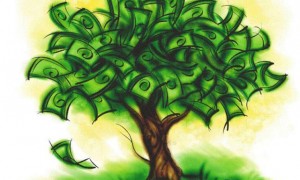 The Bank of Japan (BoJ) has announced an unexpected extension of its monetary policy in the form of more asset purchases, as well as expanding the scope of what assets the central bank intends to acquire in addition to existing JGB purchases. In a slight quirk to the standard terminology of Quantitative Easing (QE), the BoJ references its stimulus measures as Quantitative and Qualitative Easing (QQE).

In a narrow 5 to 4 vote, BoJ Policy Board members opted to increase the annual pace of growth in Japan‘s monetary base by ¥10-20 trillion up to at least ¥80 trillion (~$718 billion). The BoJ also announced it will include Exchange Traded Funds (ETFs)  and Japanese Real Estate Investment Trusts (J-REITs) when composing the basket of assets to be purchased from market participants.

The move to include ETFs and J-REITs requires the BoJ to seek authorization from the Minister of Finance and the Commissioner of the Financial Services Agency. Forex Magnates’ research suggests that this aspect is merely a formality as the policy has already been agreed upon by BoJ and Ministry of Finance (MoF) officials.

In one of the biggest surprises for investors was the BoJ’s decision to include ETFs and J-REITs. For the first time in the global QE arena a central bank has officially embarked on purchasing stocks or equity market linked asset classes. Supporting economies via QE is becoming more intensive and less effective – it is not a huge surprise that stocks have been targeted, given Japan’s troubles with deflation with memories of the 1990-2000 ‘Lost Decade’ still fresh among the Japanese.

The move intends to widen the scope of BoJ QE activity in the hope of stimulating economic activity in a broader fashion. The only potential issue is that QE policies tend to have a diminishing effect on interest rates and their expectations, i.e. it takes increasing amounts of liquidity to have the same suppressive effect on bond yields. Japan will have to reload and fire larger calibre bullets (and more often) if Japanese policy makers expect to meet their 2% inflation target and 1.5% growth targets over the next 18 months.

The underlying purpose for the BoJ’s machine gunner monetary policy is to “encourage a decline in interest rates across the entire yield curve.” Historic lessons relating to investor confidence and central bank credibility being core influences on interest rate expectations has seemingly escaped the bank’s attention.

According to the BoJ, “The average remaining maturity of the Bank’s JGB purchases will be extended by a maximum of 3 years to about 7-10 years.” Central bank liquidity is suppressing short-term bond yields but the counter-effect is that existing funding shortages are factored out into the long-term via debt rebalancing and duration extension. Kicking the can down the road or alternatively, building extensions to the road.

Not the First or the Last Time

Today’s QE extension is not the first time the BoJ has stepped up its open market operations, Japan remaining one of the most dovish central banks in the G20 with QE fully operational and further extensions likely. As opposed to the Fed, which is seemingly at the threshold of a tightening cycle.

With Japan’s monetary base being inflated with increasingly larger doses of air, it is compounding the upward effect on USD/JPY as the Fed reigns in stimulus measures and prepares to embark on a rate tightening cycle next year.

The BoJ’s assessment of the broader economy is that it is “continuing moderate recovery and is expected to continue growing at a pace above its potential.”

Optimism is abundant on the growth story, but in terms of inflation the BoJ is a lot more pragmatic, “On the price front, somewhat weak developments in demand following the consumption tax hike and a substantial decline in crude oil prices have been exerting downward pressure recently.” In an official statement, the central bank put strong emphasis on oil prices in particular by referencing the inflationary impact of lower oil prices several times.

The BoJ says it is concerned about the “risk that conversion of deflationary mind-set might be delayed.” Clearly a reference to the root goal for the BoJ – expunging the deflationary mind-set from Japanese consumers and market participants who have become accustomed to waiting for lower consumer prices rather than consuming.

The BoJ has quite a mission on the psychological front because Japan is historically and culturally predisposed to higher savings rates and a perceivably higher aversion to risk compared to other developed countries.