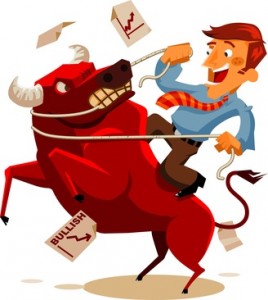 Later today, the US central banking system, the Federal Reserve, will announce its latest monetary policy adjustments after concluding its October meeting.

This month’s meeting has been earmarked as being the ‘end of QE’ by market watchers given the Fed’s likely move to cease bond buying and asset purchases.

However, there is also a deeper question of whether the Fed will continue on its recent track of preparing the market for higher rates by removing key references from official communications or making any other inferences towards higher short-term interest rates in the near future.

Even without actual interest rate changes, the Fed outlook has a strong influence on market expectations and subsequent price action in all asset classes. After today’s 14:00 EST meeting, the last policy meeting for 2014 is scheduled for December 16-17.

The mood going into the October meeting is a dovish one. At the previous meeting in September, Fed Chief Janet Yellen stepped short of telegraphing imminent rate tightening or even a definitive confirmation that ultra-low rates would rise at all. A shift to a more cautious stance was enough for the US dollar to slow its recent appreciation in most FX pairs.

The upcoming FOMC statement could mark the official end of the Fed’s stimulus program, with the central bank expected to withdraw the remaining $15 billion in asset purchases. However, a few Fed officials, including James Bullard (a rare centrist at the Fed) have recently spoken about “delaying the taper” now that weak inflationary pressures are becoming a major concern.

There is also the issue of labor market conditions that have shown weakness despite the US economy adding 100,000-200,000 jobs monthly. The labor market was the key talking point at the Jackson Hole meeting in August and could be the factor that divides the Fed. 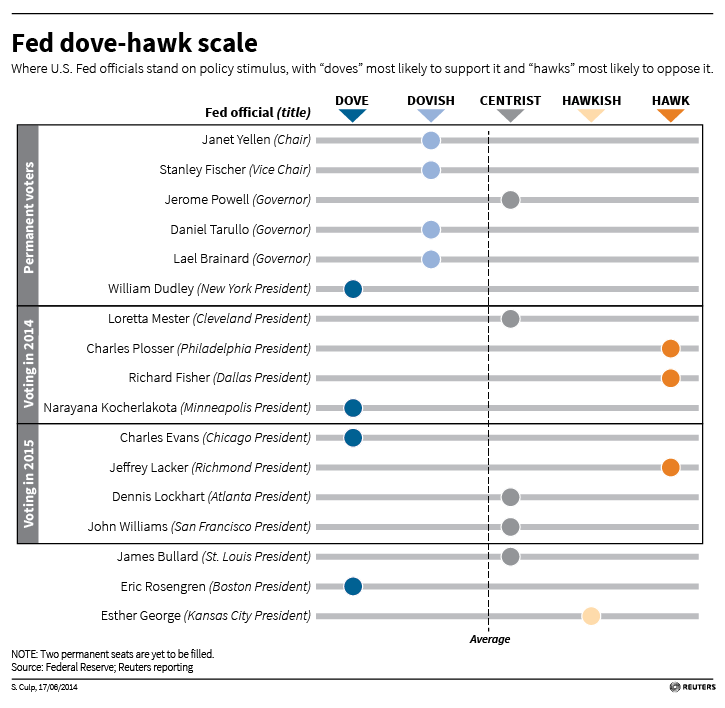 The US economy is going through a mechanization phase whereby firms are able to sustain productivity despite reducing their staff levels – driven by technological innovation and mechanization of most work processes. This element has seemingly been missed by the central bank, as it waits for unemployment rates to fall further and for more people to find work in preparation for ‘labor market conditions’ and the national economy being sufficiently resilient to embrace higher interest rates.

The reasoning is somewhat myopic because as the US economy is demonstrating, it is possible to have lower corporate revenues alongside higher equity valuations. More corporate profitability alongside lower staffing levels. Lower average earnings, alongside higher productivity. The Fed would probably gather a better analysis of labor market conditions if it included a measure of the nation’s propensity to participate in retraining and re-education programs or similar indicators.

The US economy has to a large extent become undecipherable because of the multitude of conflicting effects (and their misrepresentation) over time. Today, if the Fed signals higher interest rates as a sign of a recovering economy, equity markets are likely to fall because it means rates to borrow US dollars will rise. The glaring fact that equity markets are to a large extent being supported by borrowed capital and reliant on constant, increasingly stronger injections of ‘liquidity’ is being completely ignored by both the Fed and most media outlets. 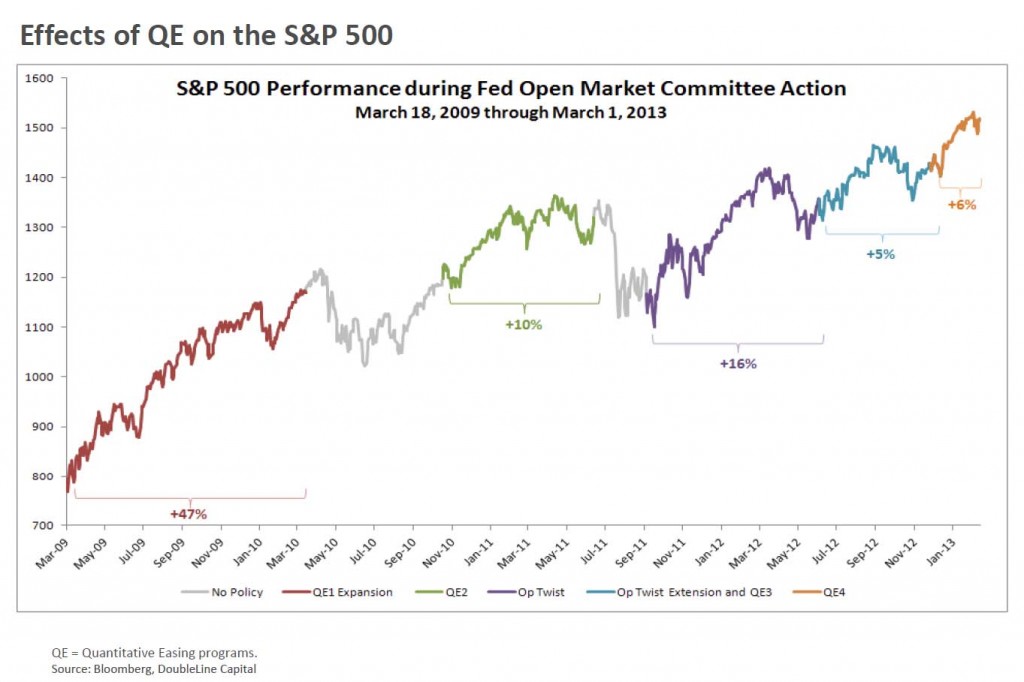 The outlook for the US dollar is rooted in how the Fed acts later today. Broad market expectations have so far suggested the Fed would pull the trigger on its tightening schedule at some stage in 2014. But those expectations have now slowed and levelled off in wait for the Fed’s confirmation that the central bank is still on the same track.

The trouble is that most asset classes have become highly correlated and dependent on Fed support and an ultra-low rate environment. Higher short-term rates are only likely to tip swathes of businesses into bankruptcy akin to 2008 because the fundamental problems of short-term funding dependence and excessive leverage have not been resolved. The Fed wants to hike but the global marketplace is far from ready. Only speculators stand to gain from ‘policy normalization’.

All the media focus and actual Fed commentary will center around the ‘debate’ of whether to keep (or not to keep) the ‘short-term rates near zero for a considerable time language’ and given the mania that always accompanies Fed-speak, that is all that speculative markets will need to gyrate. The underlying factor that influences the US dollar and all other markets is whether or not the majority of market participants buy into the Fed’s ‘language’.

In addition to the systemically important Fed meeting, early tomorrow morning Janet Yellen is scheduled to deliver opening remarks at the Board of Governors of the Federal Reserve System’s National Summit on Diversity in Washington DC. It is likely she will make further comments regarding Fed policy or possibly clarify any market outcry following the FOMC statement. To add spice to the mix, the US Bureau of Economic Analysis is publishing preliminary US GDP figures for Q3 2014 (expected at 3.1%) 30 minutes before Yellen’s speech.

The Fed’s recent commentary could be described as ‘tentatively hawkish’ at best, and yet this is as close as the Fed has been to tighter monetary policy since 2008. If the Fed holds course and convinces market participants that higher rates are imminent, US dollar gains alongside sharp US equity market losses are likely. The ensuing ‘risk-off’ price tilts in commodities, fixed income, global equities and FX would be a further testament to the speculative nature of market participants as well as its dependence on margin debt.

However, if the Fed communicates a mixed message with hawkish hints being tempered with dovish clues, US dollar gains are likely to remain capped and US equities can safely rejoin their prevailing uptrends. As is often the case following Fed meetings, regardless of developments, equity markets tend to rise on the presumption that the Fed will support them with an appropriately accommodative policy.

Ultra-low rates combined with Fed market support are driving bullish equity markets, so any policy normalization will have to account for the abnormally strong correlation between equity valuations and margin debt.

If QE3 officially ends today, QE4 will be what the markets scream out for in 2015.