On the very day that Israel is set to usher in a new forex regulation, with many calling it a deathblow for the local industry, hundreds of professionals from its retail forex industry are making the trek to Cyprus for the annual IFX Expo that kicks off this evening. The conference goers temporary exodus from the country could be viewed as mimicking a larger trend of Israel’s importance as a major hub for the forex industry also waning.

Israel’s roots in the forex industry were sown in the late 1990’s and became very active between 2000 and 2005 as forex trading became more accessible as an online business. Many Israeli professionals entering the industry viewed the industry as a lucrative opportunity where they could leverage their existing digital experience. This included skills in SEO, online marketing, and using existing sales channels that were created for other online businesses such as gaming and eCommerce.

The early group of Israeli entrepreneurs who entered the market created not only brokers, but also technology providers, trading platform developers, forex website and content solutions, and liquidity providers. Similar but different, Israel has also been at the forefront of the binary options industry over the last several years. 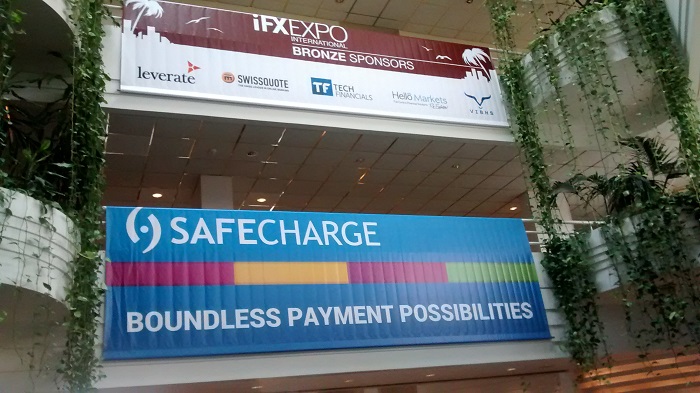 In terms of brokers, while a global giant the size of FXCM, Saxo Bank and Forex.com haven’t emerged from Israel, brokers with ownership or management originating from Israel comprise a large swath of the top 20 list firms when rated by monthly retail trading volumes. They are also among the most profitable, and include Tedi Sagi controlled Markets.com (recently acquired by Playtech), eToro, AvaTrade and Plus500.

Despite the couufxntry’s significant contribution to the retail forex industry, firms connected to Israel have experienced a rough period over the past twelve months. The question to be asked is, are the country’s glory days long and gone – or are the business models used in Israel simply evolving?

Some of the recent events which have affected Israeli originated firms:

Plus500 – the AIM star is fast losing its luster as questions concerning its compliance procedures and financial reporting have attracted sellers, leading to its stock dropping below 300p from above 700p earlier this month. Using a model focused on search engine marketing and automatically generated emails to engage clients, Plus500’s success was in contrast to the scores of brokers relying on strong arm sales tactics, which had made them the envy of many in the industry.

Markets.com – It’s hard to call a firm that is being acquired for what could ultimately become a deal valued over $500 million as falling on difficult times. However, after sources close to the company related that the ultimate goal was to go public like other Tedi Sagi companies Playtech, SafeCharge and CrossRider, whispers have emerged questioning why the broker didn’t get its turn to IPO. Among explanations being floated is a weak market for forex related IPOs following the January 15th ‘Black Thursday’ event, oversupply of brokers wanting to go public, as well as the need to explain to investors the many fine details of their regulated and unregulated business.

TechFinancials – In relation to oversupply, one of the results of the many brokers touring the UK on roadshows to go public was a lack of demand for the recent TechFinancials IPO. Raising £5 million instead of a planned £10 million, revealed a lack of demand among institutional investors for binary options providers, or at least proved the UK may not be the optimal place to take them public.

French/Israel forex – Among brokers created in Israel are a group that includes ownership with French and Israeli citizenship that market aggressively in France. This group is partially responsible for the growing list of brokers receiving warnings from France’s financial regulators. Also, in recent weeks, an executive connected to one of the larger unregulated forex brokers marketing to France was arrested by Interpol upon attempting to enter the country.

Leverate – Consequential to January 15th, Leverate was sourced to have been caught with potential losses due to an account they held with Alpari. Like other firms, the day affected their available liquidity, with several broker clients with operations in different parts of the world stating to Finance Magnates that they were having difficulties hedging certain CFD products with Leverate in the aftermath of the Swiss franc move, but have since remedied the situation.

Local Workforces – While most forex brokers with employees in Israel don’t accept local customers for tax and other operational reasons, many of them do have large workforces based in the country. However, in the aftermath of Israel establishing forex regulations in the country, the government has created rules to tax profits generated by brokers when their main operations are in the country, but use offshore entities that officially manage the firm’s trading profits. These rules are expected to cause some brokers to decrease their staff in Israel, with execution related jobs specifically being relocated to offshore offices.

Speaking with Israeli professionals about the future of forex in the country, feedback has been fairly mixed. In regards to regulation, the overwhelming opinion is that ‘no one knows’ what is going to happen as it opens up a whole new playing field. Many of the EU regulated brokers with larger workforces in Israel have already limited their compliance and trading related staff to comply with their licensing requirements. The change in Israel’s tax and regulatory stances could affect them only slightly, but unregulated brokers may find themselves needing to create more extensive offshore offices to handle dealing.

On the other hand, many industry sources in the country have expressed considerable optimism at the prospect. In their opinion, Israel continues to be one of the global hubs for online innovation, so while brokers may evolve with how trading and compliance is handled, other areas such as online marketing (AdTech) and platform design will continue to have a strong Israeli influence. Specifically, AdTech is one of the faster growing sectors in Israel, being fueled by venture capital investments with ‘big data’ media focused businesses garnering valuations in the hundreds of millions of dollars.

For the forex and binary industry, these firms bring to the table solutions for brokers to improve their retention and sales funnels, increase customer lifetime values and reduce overall acquisitions costs. They also represent what could be the future of Israel’s forex industry. One in which Israel’s influence in online and trading technology remains stronger than ever, but with a reduced and more efficient workforce participating in the industry,

Share this article
Tags: israel / regulation
Got a news tip? Let Us Know

Israelis working in the sector might have to migrate to near by countries such as Cyprus. Much of the business our industry, comes from Asia, and many of these Israeli setups goes to third party routes any ways.

Israelis working in the sector might have to migrate to near by countries such as Cyprus. Much of the business our industry, comes from Asia, and many of these Israeli setups goes to third party routes any ways.