Since the summer break is far behind us, the activity of retail FX/CFD traders should be on the rise by now. At least that is how it always used to be, but not this time. Finance Magnates’ Intelligence Department examined the latest data from CPattern regarding industry behavior in September of 2018. 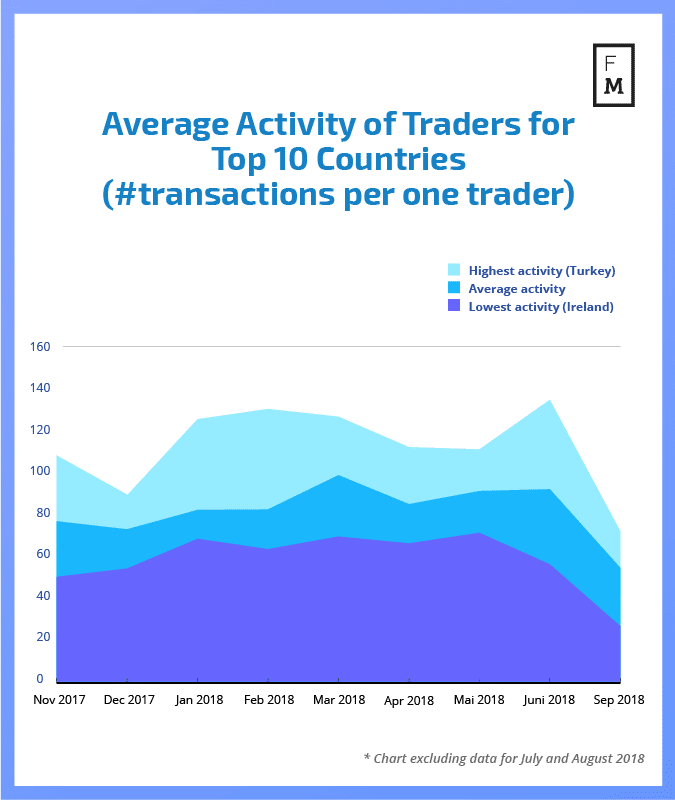 The first noticeable change that occurred over the summer vacation was a slump in the activity of traders. The average activity for the ten best-performing countries in our study decreased to 48,6 from 87.4 registered in June. This means that a typical retail trader conducted only 48,6 transactions on average in September. 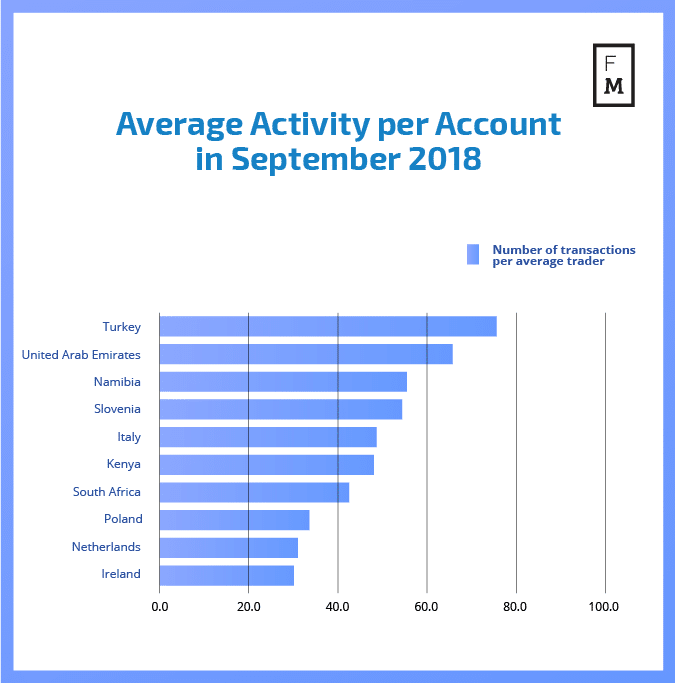 When diving further into the numbers, we see that countries that traditionally have the most active traders such as China or Malaysia have fallen off the activity ranking. Only Turkey remained in  the top spot. However, we can see some emerging markets in the top ten that are usually not showing up on our rankings. The fact that most of these are African countries combined with the absence of leading EU markets in this ranking leads us to assume that ESMA’s new regulations introduced in August of 2018 are to blame here.

ESMA to be blamed again? 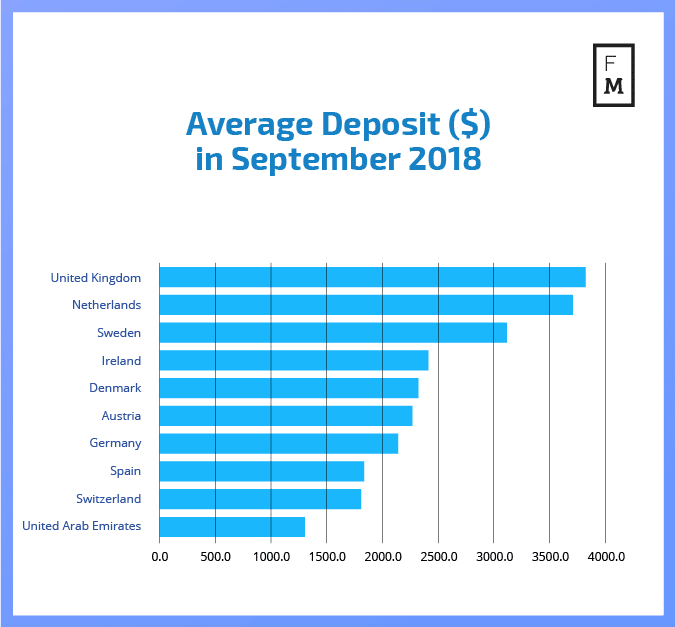 Although most developed FX/CFD countries were not especially busy following the summer vacation, they still had high average deposits. Our study shows that the average deposit being sent to trading accounts in the UK was as high as $3778.60, a result that puts the UK in first place. Second in the ranking is the Netherlands with an average deposit size of $3665.50. The first eight spots in this ranking are filled by EU-based countries, while ninth place went to Switzerland. The United Arab Emirates took tenth place as the only country outside of continental Europe.

This may also be a result of ESMA regulations. Since the maximum allowed leverage was significantly decreased, many traders had to deposit extra capital to their accounts. Only this way they could avoid the risk of margin calls which could happen under the new restrictions. It will be interesting to see what the data will show in this regard in the coming months.

This is the latest publication of the FM Indices – a new cross-industry benchmark. In today’s business world, big-data analysis and access to objective information sources are crucial to success. Unfortunately, until now, it has been very difficult and costly, if possible at all, to find any reliable benchmarks for operations in social, FX, binary options, and CFDs trading.