The last month of the summer vacation brought a continuation of key trends in the FX industry. As the most recent data from cPattern shows, retail investors kept sending money to their trading accounts in August.

According to the data examined by Finance Magnates Intelligence, the biggest deposits in August were made by retail traders from South Korea. On average, a local FX trader sent $13,422 in total to his/her account. In second, were traders from Kuwait, with an average of $12,884.

At the same time, clients from South Korea were the authors of the largest monthly withdrawals. On average, they were $9,624 in August. Again, Korean investors were followed by traders from Kuwait, where the average monthly withdrawal was equal to $8,638. Additionally, behind them in third, were traders from Hong Kong with an average withdrawal value of $8,309. 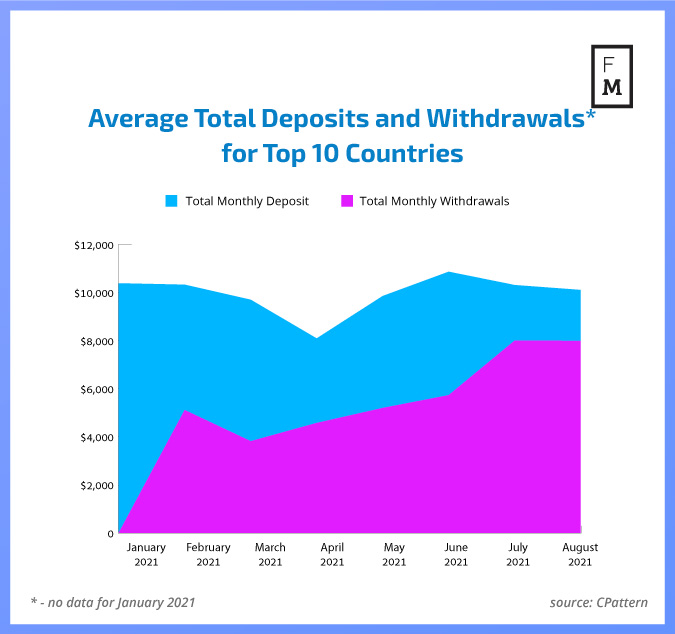 The average monthly deposit for the top 10 countries remained above the $10,000 mark in August, falling to $10,139 from $10,344 which was seen in July. Although the average monthly withdrawal decreased marginally to $6,867 from $6,872, the overall trend for withdrawals is growing, as can be seen on the chart.

When it comes to the activity of traders, no major change was observed in August. The average number of transactions per single trader in the top 10 countries grew to 229.3 transactions from 224.8 registered in July. Once again, the most active traders were seen in China, where a typical trader made 267 transactions. 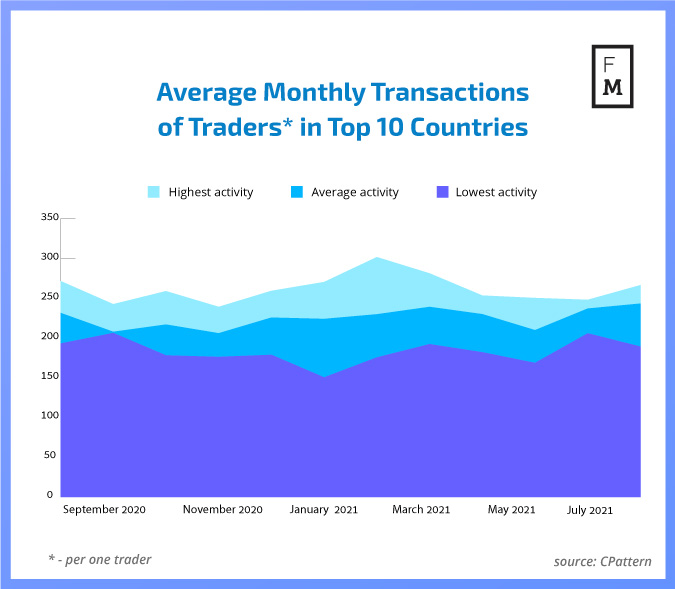 Recently, the Industrial and Commercial Bank of China (ICBC) announced that it would impose some restrictions on retail companies involved in forex and commodities trading.