After a very volatile end to last year, key metrics related to customer activity have kept falling. Both March and April brought further declines in deposits and withdrawals made by retail forex traders. Finance Magnates Intelligence looks into the latest data from cPattern. 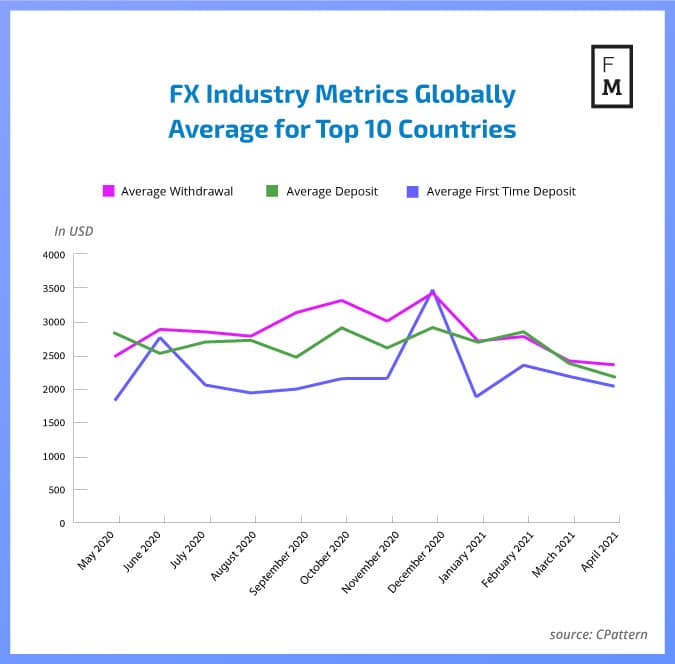 All of the above suggest less commitment from traders. However, data on their trading activity remains more or less the same. While the average number of transactions for a single trader in the top 10 countries was 215 in February, in April it was 226. 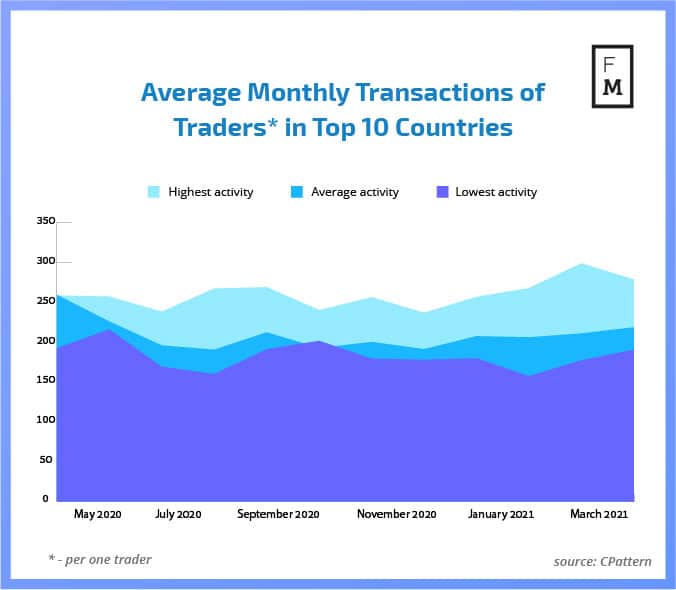 The ABCs of Price Risk HedgingGo to article >>

Deposits and Withdrawals Made by Retail Forex Traders 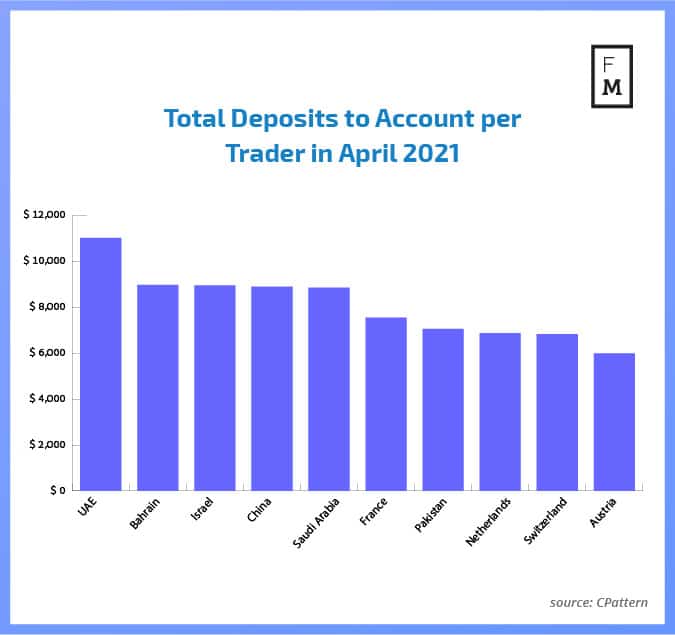 Where has traders money gone? According to our data, the biggest inflow of capital was seen in the United Arab Emirates. Retail traders from this country on average sent $11,029 each to their trading accounts in April. Second, was another country from the Middle East region, Bahrain with an average of $8,986. The average monthly inflow to the account for the top 10 countries was $8,107. 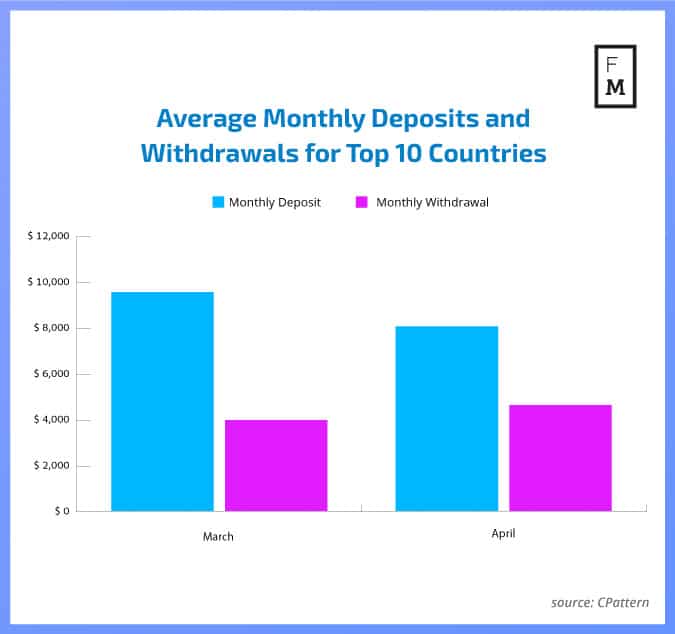 April’s average was lower than the $9,729 we saw in March. However, an average monthly outflow from a single account in the top 10 countries was higher in April than it was in March. This time it was $4,555, compared to the previous figure of $4,042.