Following solid numbers in November 2018, the last month of the previous year brought a slowdown to the retail forex industry. It looks like January opened the new year in a similar fashion, leaving a lot to be desired.

The first thing that catches the attention is the much lower size of the average deposit. Most recent data from CPattern covered by Finance Magnates Intelligence shows that both December 2018 and January 2019 were weak months. 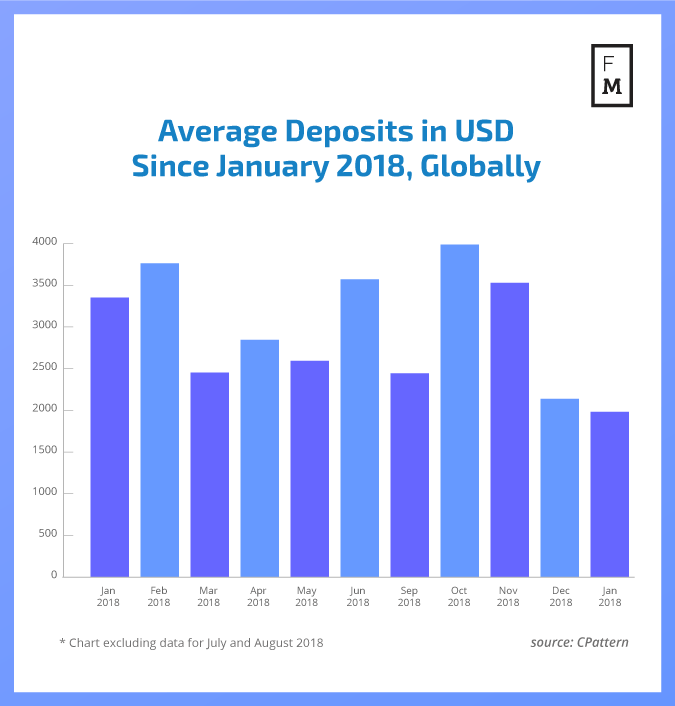 The average deposit of $1,982.45 in January 2019 was even lower than that of December, which stood at $2,137.7. Usually, it is the opposite way, since the end of the year tends to be sluggish, missing the interest from retail traders.

Other Metrics Also Weaker in 2019 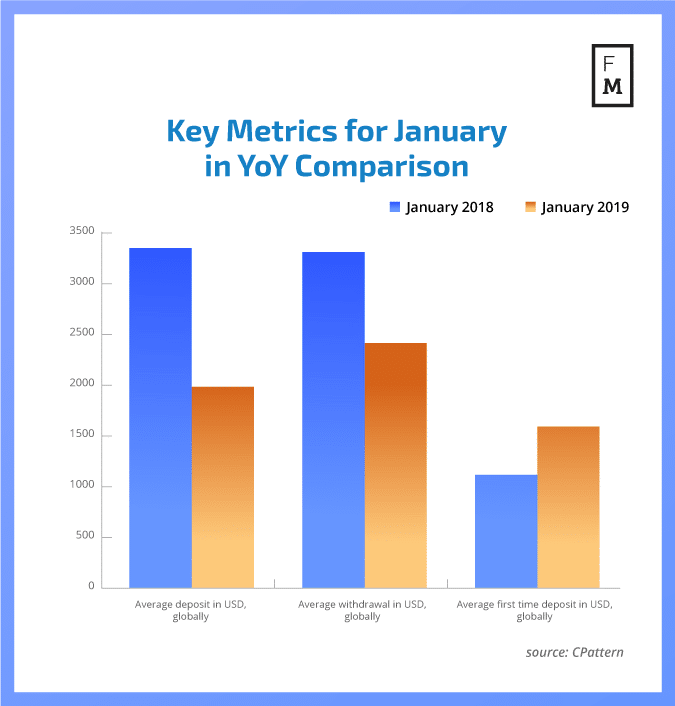 Moreover, January also doesn’t look good in a Year-on-Year comparison either. Both of the leading retail industry metrics, the Average Deposit and the Average Withdrawal, were much higher in January 2018 than in January 2019. Only the average First Time Deposit was higher in 2019 at $1,590.0 compared to $1,116.5 in the previous year. 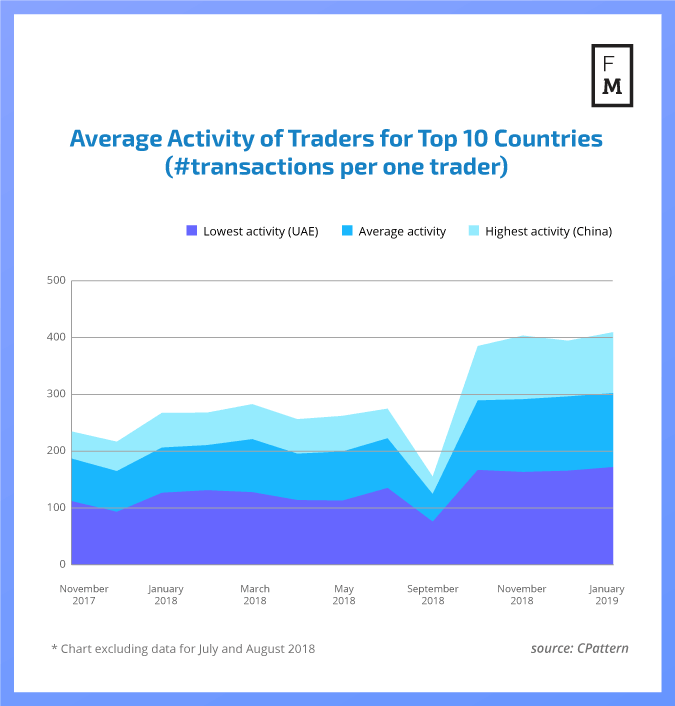 Interestingly, the lower average deposit and withdrawal values were accompanied by higher activity of traders. In January 2019, the average retail trader of the top 10 countries traded 130 times. The most active traders were in China and traded on average 170 times.

January was another month of Asian domination in terms of trader activity. The upcoming Asia Trading Summit, which starts March 24, 2019, in Shanghai, may be a good place to get to know and understand this phenomenon better.