As we approach the end of Q1, Finance Magnates Intelligence is reviewing the latest CPattern data for November and December of 2019. How did the year come to an end in terms of the main trading industry metrics? 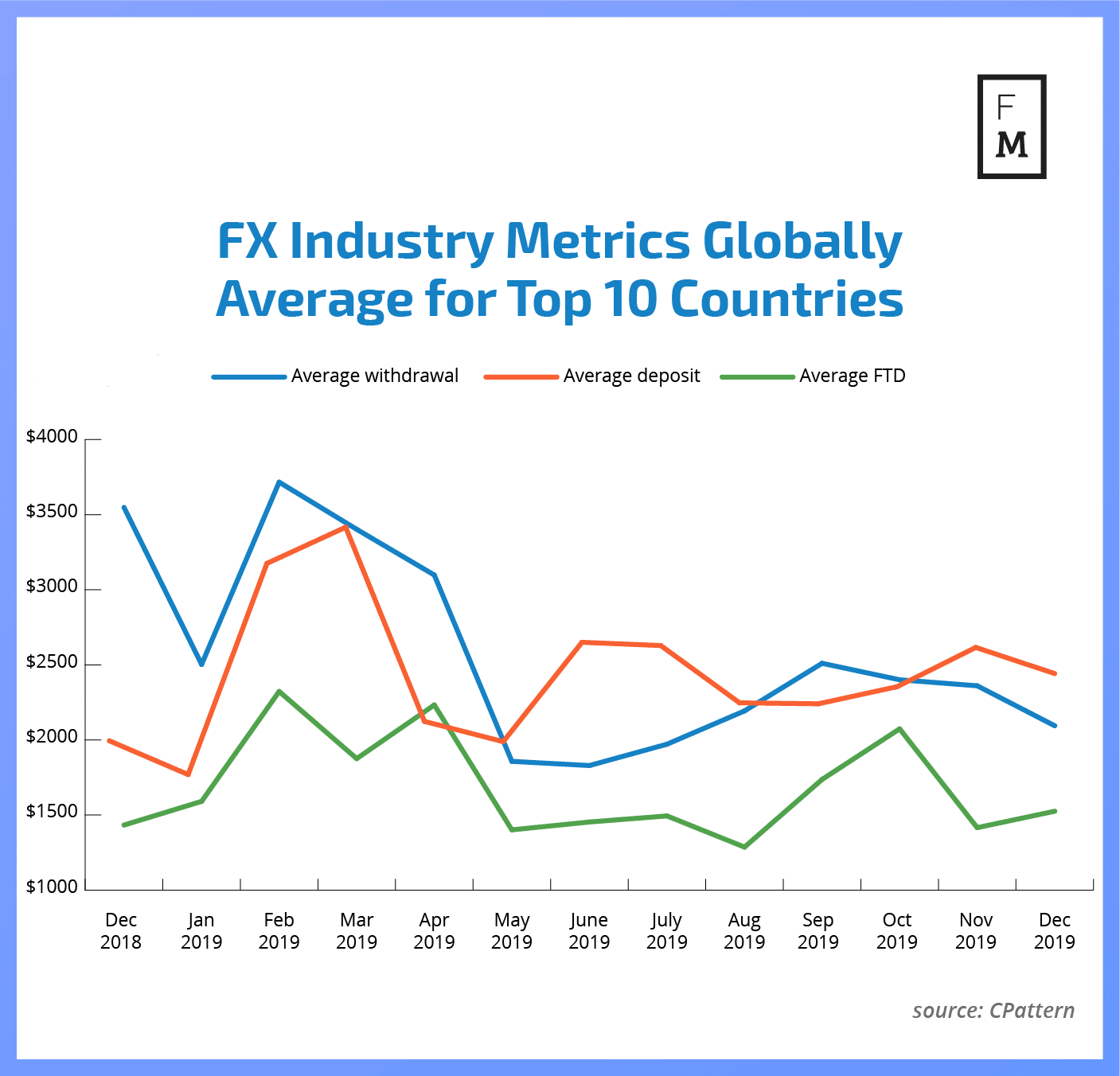 First of all, it can be seen that both the size of the average deposits and average withdrawals stabilized in the range of $2,000 – $2,500. This was the case for at least the entirety of H1 of 2019. 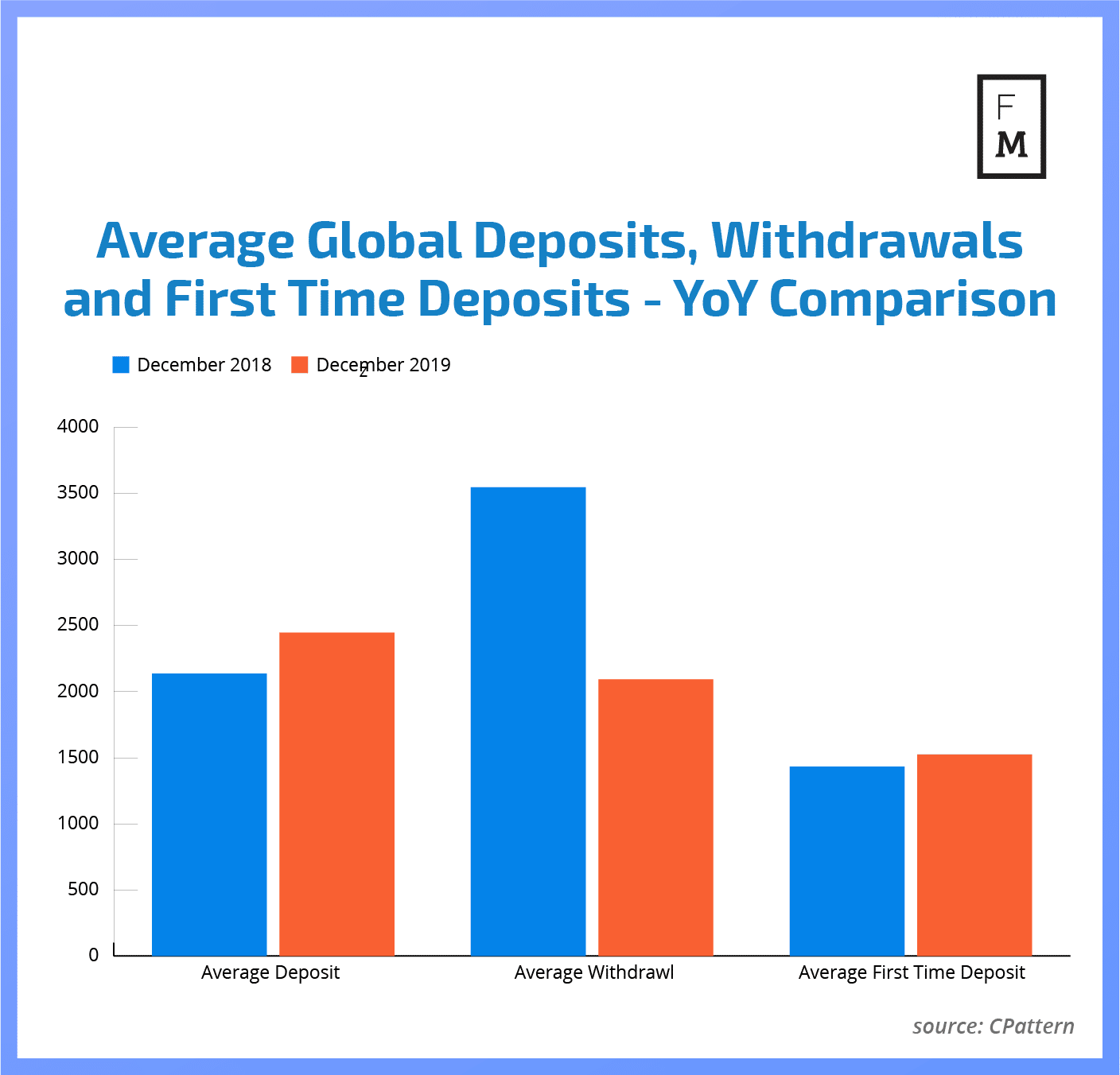 When compared to December of last year, a noticeable decrease in the value of withdrawals can be observed. While in 2018, the average withdrawal stood at $3,547.7, last year’s average single withdrawal was markedly lower at $2,094.3. The size of the average deposit meanwhile increased by $309.9. 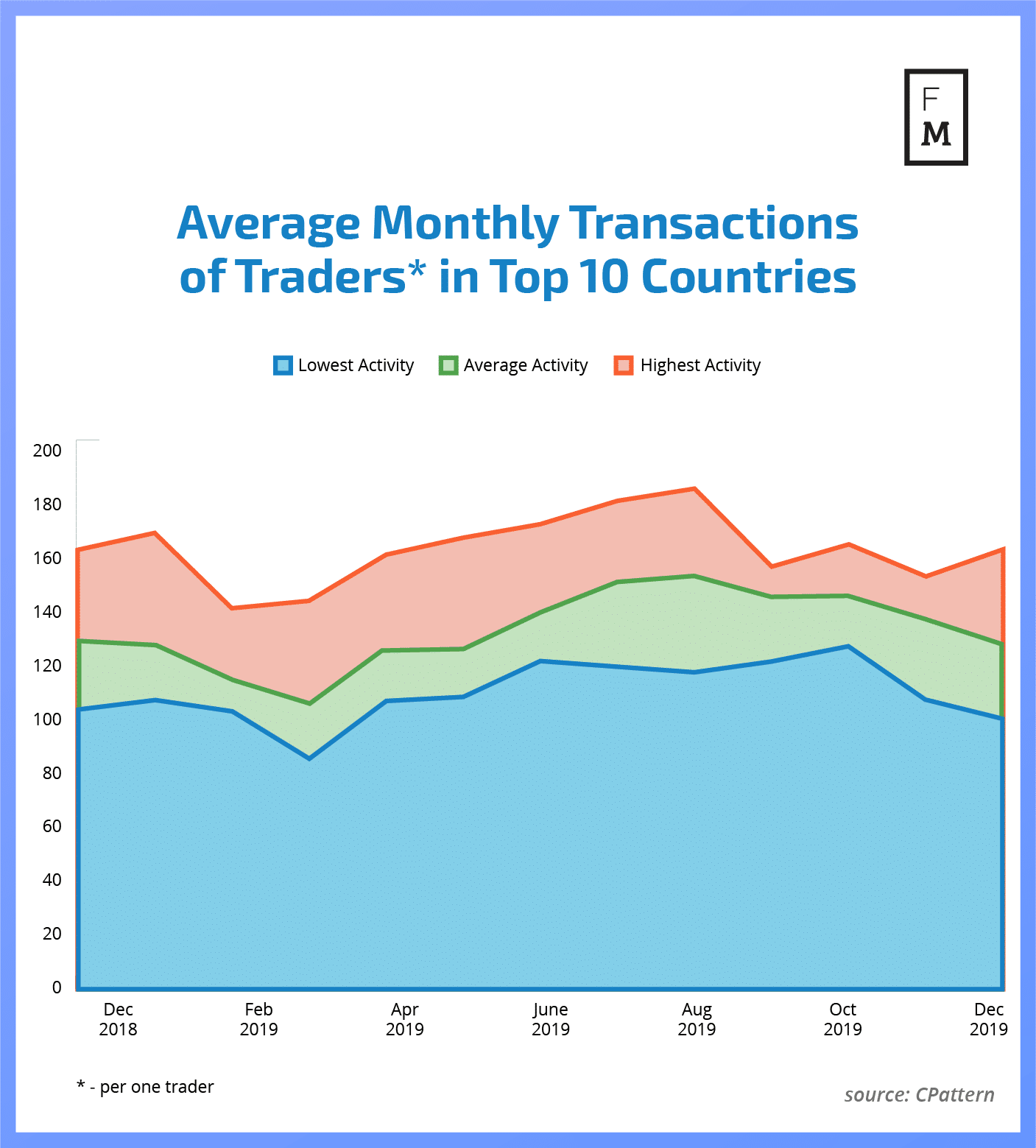 The second half of 2019 also brought a slowdown in the activity of retail traders. In fact, the average value for the top 10 countries had already been decreasing since July and reached a low of 126.4 transactions per client in December. 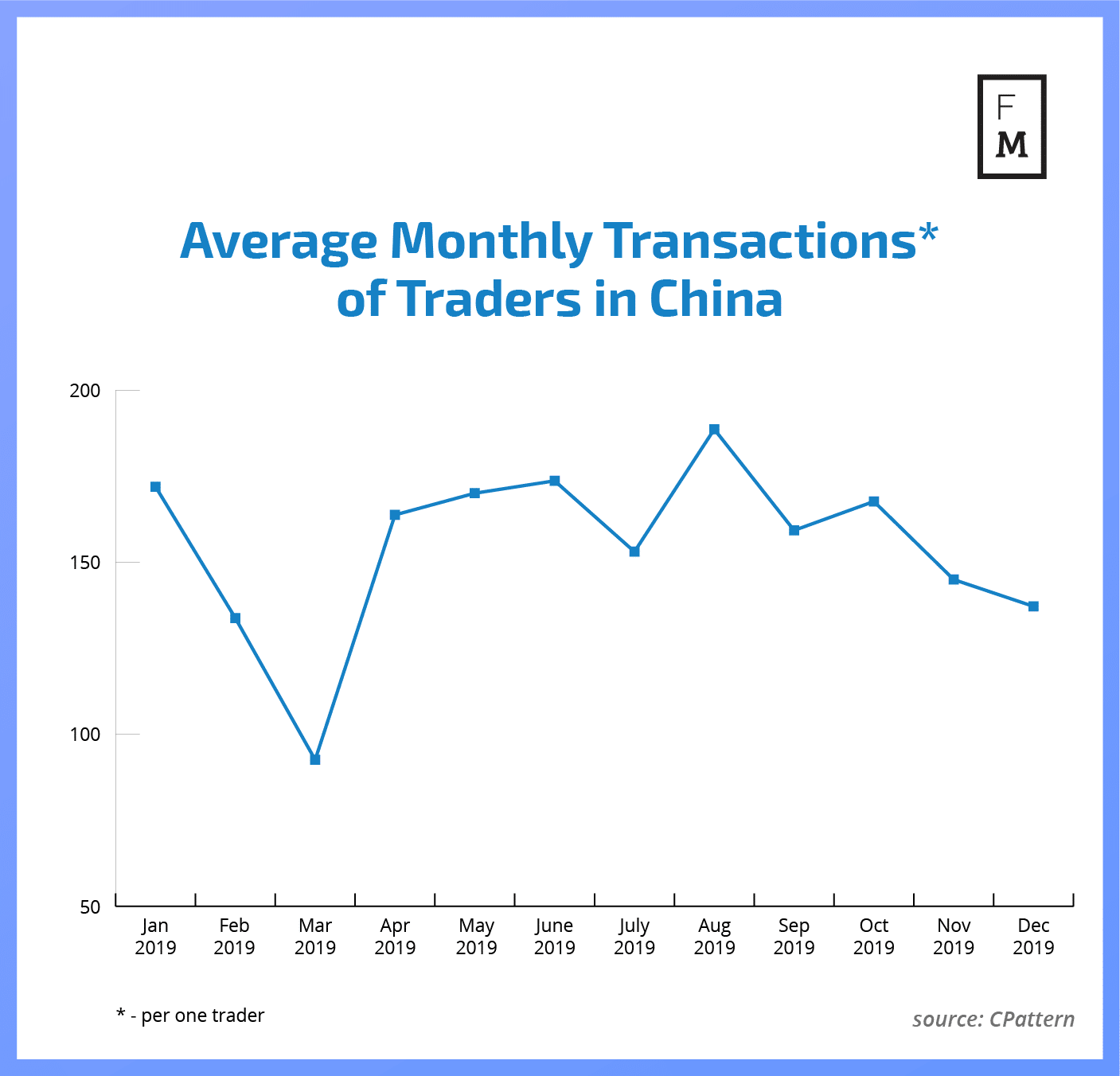 The most active traders throughout the whole year were found in Asia, especially in China. Chinese traders only once dipped below the 100 average trades mark – in March of 2019. Just a few months later, in August, Chinese traders made over 188 transactions on average.

Today, the eyes of the world are on China again but for different reasons. Whether the spread of the coronavirus across Asia has changed anything in these metrics remains to be seen. The numbers for January and February should provide us a clearer picture of the local forex industry.

For this reason, the Finance Magnates Intelligence Department has launched a new project, creating a set of indices encompassing various aspects of the online trading industry. These indices will provide you with unique data points gathered by our analysts, which will serve as a valuable knowledge base for your decision making.