The stories that made the most impact on the global forex industry this past week involved new sports sponsorship deals with some of the leading international football clubs, a fascinating review of fintech trends worth watching in 2015 and a MetaQuotes price hike. We also featured a number of articles written by industry insiders during the week.

On Tuesday we reported that Chelsea Football Club has a new “online forex trading partner,” CWM FX. According to the announcement by the famous English soccer team, the deal will run until 2018 and see CWM FX develop its presence across Chelsea’s digital media channels.

A day after the Leverate-Chelsea deal was revealed, Plus500 Ltd. (LON:PLUS) has announced a sponsorship agreement with La Liga’s champions, Atlético Madrid, to be an official sponsor for the remainder of the 2014/15 football season.

The financial details of the agreement were not disclosed, but several industry sources have estimated the deal at €1-1.5 million. If both sides are indeed “actively considering extending and expanding the relationship for further seasons,” the compensation paid by the publicly-listed broker may be considerably higher. 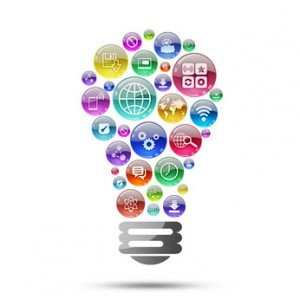 Last Sunday we offered a look at three fintech trends that are slated to grow during 2015 but that also have their own risks: Investing Services, Anti-Social Trading and Digital Crowdfunding. The common theme is that they all use technology to bring efficiency to the financial markets.

Looking towards 2015 there are a few trends that are worth watching within the industry, as they could become either huge opportunities or stumbling blocks. Along with them we present reasons why the trends may not create the pots of gold many expect.

Also on Sunday we reported that, following plans that began in January 2014, Google opened the new year with more plugins being blocked by default in the Chrome browser. Included is Silverlight, which is used by some webtraders.

Within the forex industry, the most notable user of Silverlight is Saxo Bank, where the plugin is used for its charts on the Saxo WebTrader platform. During December, Saxo Bank had already been preparing, with the broker as well as their white-label partners alerting users of the change.

According to information obtained by Forex Magnates’ reporters and published last Monday, MetaQuotes has decided to unilaterally increase the technical support fee charged to white labels of Metatrader powered brokerages to $1,000 per month.

While MetaQuotes has described the move as “forced” upon it, this could be a factor which could force platform diversification from brokerages going forward. The domination of Metatrader in the platform space is certainly far from over, but also far from certain.

During the past week we also featured a number of articles written by contributors from the FX industry – who were received very well judging by their popularity with our readers.

FXCM Europe’s CEO Predicts EUR/USD to Go Below Parity in 2015 – According to Brendan Callan’s prediction, the drastic imbalance between certain Eurozone members will lead to the first country leaving the currency, while the EUR/USD will hit 0.90.

Why Are so Many Brokers Losing Money in the German Market? Our guest contributor Sebastian Hell reveals how an FX broker can beat the odds and succeed in the lucrative yet challenging German market. Sebastian Hell is CEO and owner of BaFin regulated QTrade GmbH in Munich.

The Waves of the US Dollar Index – Where will the DXY be by the end of January – bull or not bull? This article is written by Avi Gilburt who is a widely followed Elliott Wave technical analyst and author of ElliottWaveTrader.net, a live Trading Room featuring his intraday market analysis, interactive member-analyst forum and detailed library of Elliott Wave education.

Share this article
Tags: football / soccer
Got a news tip? Let Us Know