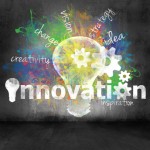 Fintech was a great sector to be in during 2014, being the beneficiary of hundreds of millions, if not billions, of dollars of venture capital. The year ended with a bang, with alternative non-bank lenders LendingClub and OnDeck both going public. Overall, the forces of momentum guiding the fintech sector are based on a perfect storm of emerging technology, public desire for financial transparency as well as government regulation beginning to favor capital market alternatives following the global financial crisis.

Looking towards 2015, there are a few trends that are worth watching within the industry, as they could become either huge opportunities or stumbling blocks. Along with them we present reasons why the trend may not create the pot of gold expected of it. 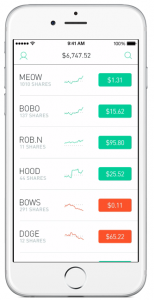 One of the more anticipated financial launches of 2014 was the public release of RobinHood, a mobile based commission-free trading brokerage. Backed with “A-list” Silicon Valley funds, RobinHood wants to make investing cheap for everyone. Rather than being compensated by commissions, RobinHood collects fees on margin usage as well as probably receiving some sort of kickback on order flow for trades sent to ECNs that offer payment to liquidity providers.

The idea isn’t new, though, with other brokers like Zecco having tried a commission-free model in the past only to scrap it later. In RobinHood’s case, an area of friction is that their target audience for maximum revenues are speculative investors who will be routinely using margin. Those customers, though, don’t seem like candidates to trust their investing choices to a mobile app.

This is where the “service-based” companies come in. Along with its brokerage services, RobinHood will be providing developer access for the creation of trading apps like charts, signals, fundamental analysis, etc. It’s these “paid” products that might ultimately attract experienced traders and speculators to RobinHood. The combination of paid apps with commission-free investing could result in a combination of sophisticated trading products in an environment that costs less than what one or two trades would cost at a competing online broker.

Why it won’t work – One of my childhood memories is seeing a movie which was abruptly stopped when the sound system at the theater failed. In addition to ticket reimbursement, the movie theater offered free food from the concession stand, with the announcement being followed by two dudes saying loudly, “IF IT’S FOR FREE IT’S FOR ME.”

On this note, service-based investing has to look no further than the forex industry to see why it won’t work. Unlike in other asset classes, customers are provided free everything. From platforms to analysis to webinars, there are plenty of free offerings to seduce forex customers. As such, getting clients to pay for added services and third party offerings is rarely an effective business model. The result is that the best products tend to be licensed by brokers and offered for free to their customers, while paid offerings are limited to get-rich-quick-scheme items like signals and expert advisors, where the majority aren’t marketed by the broker.

A similar fate could take place among RobinHood customers and any other similar model that copies it. Like in the forex industry, stock traders that are attracted to “free” may be adverse to paying for premium products.

With robo investing, the edge rests with the fact that managed investments underperform over the long term when taking fees into account. Therefore, why not build low cost portfolios that simply invest in indexes. The year 2014 was a breakout year for robo investing with the leaders in the space, Wealthfront, Betterment and Nutmeg, probably now having reached around three billion in assets.

The total figure of assets under management is still a drop in the bucket compared to actively managed funds. But the low cost and simple approach makes sense for many long-term savers who don’t want to ruffle through pages of prospectuses and understand terms like Net Asset Values, Performance Fees and Up-front Charges. With robo investing, users enter information such as their age, risk tolerance, years until retirement and expected savings amount. The platforms then automatically invest funds in ETFs that track indexes. This is all done for fees at a fraction of those charged at actively managed mutual funds and professional financial advisors.

Why it won’t work – There is little doubt that the products work and hitting a hundred billion dollars in managed robo-invested assets is an easy bet to make. Nonetheless, the fear here is that incumbents like Charles Schwab, Fidelity and Vanguard will enter the market and commoditize robo investing. It will remain a high-growth sector, but the already tight margins will get even smaller.  The early players, though, stand to do well as the market grows and could be compensated handsomely as buyout candidates when (and if) existing financial-advisor behemoths decide to buy their way into the market.  But, smaller players and new firms may find it too tough to scale large enough to become profitable.

Why it won’t work – With digital crowdfunding, at this point there remain more questions than answers. Nothing stands in the way more than regulation. Selling company shares is a highly regulated process, with restrictions on how a stock sale is marketed, who can be a shareholder, etc. Fiat-based equity crowdfunding platforms have been able to carve a niche in the UK and US by becoming broker dealers and pre-vetting who can raise funds and invest.

With digital crowdfunding, one of the current appeals is that it is borderless and small increments can be sold at a time. As such, there isn’t much about it yet that fits into the existing financial framework of stock sales. But it may not be illegal either as stocks can be offered as digital coins purchases, with their real ownership being decided on at a later date when regulatory rules become known.

Another issue is how to buy digital shares. As decentralized exchanges, digital crowdfunding platforms rely on pricing shares based on bitcoin. This presents a stumbling block for anyone that doesn’t have bitcoins. However, this is an easier barrier than regulation, as third-party companies can be created that accept fiat, convert them to bitcoins and use custodial services such as Bitreserve to remove bitcoin price risk.