The hedge fund industry is very dynamic and constantly changing. Therefore, it is important for firms to anticipate what changes are likely to occur. Those who effectively evolve with the industry will succeed, while stagnant firms will be left behind.

Below are our predictions for the biggest trends in the hedge fund industry for 2015, which we have established relying on our contacts, including more than two thousand institutional investors and hundreds of hedge fund organizations. 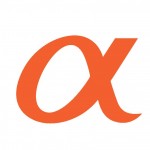 Since 2009, most hedge fund returns have been driven by market beta due to rising equity and fixed income valuations. This was enhanced by high correlations and lower volatility within the capital markets. Since the second quarter of 2014, there has been a decline in correlations in the capital markets which has been accompanied by periods of increased volatility during the fourth quarter.

We expect this to continue as correlation and volatility levels move closer to historical averages. Larger price movements make it easier for skilled hedge fund managers to add value through security selection when security prices reach price targets more quickly, thus, enabling capital to be reinvested in other opportunities.

Smaller Managers Will Continue to Outperform

One of the biggest issues within the hedge fund industry has been the high concentration of flows to the largest managers with the strongest brands. This has caused many of these managers’ assets to swell well past the optimal asset level to maximize returns for their investors. As they become larger, it is increasingly difficult to add value through security selection.

Large managers also have an incentive to reduce the risk in their portfolio in order to maintain assets and thereby increase the probability of continuing to collect large management fees from their client base. Finally, it becomes more difficult to stay motivated for some of the largest managers once their personal wealth reaches the stratosphere.

Hedge funds will shut down at an increased pace driven by 4 factors:

2. This increase in hedge fund managers has reduced the average quality of hedge funds in the industry. Many of the lower quality managers will experience a higher rate of closing down, which is good for the industry.

3. Increased volatility in the capital markets increases the divergence in overall returns between good and bad managers. This in turn increases the turnover of managers, as bad managers get fired and money is reallocated to those who outperform.

4. The competitive landscape for small and mid-size managers is becoming increasingly difficult. They are being squeezed from both the expense and revenue side of their businesses. In addition, having a superior quality product alone is not enough to generate inflows of capital.

Hedge fund flows are being driven more and more by brand and distribution, which these hedge funds lack. As a result, we expect the closure rate to rise for small and mid-sized hedge funds.

Hedge Fund Industry Assets to Reach All Time High in 2015

Despite all the negative stories recently about the industry, including an increased level of fund closures, CalPERS pulling out of hedge funds and hedge funds underperforming the S&P 500, total hedge fund industry assets will reach a new all-time high in 2015.

This will be fueled by a combination of investors moving assets out of long, only fixed income securities to enhance forward looking return assumptions, as well as other investors shifting some assets out of the equities to hedge against a potential market sell-off. We expect hedge fund industry assets to rise by $210 billion, or 7%, which was derived from a forecasted 2% increase due to net asset flows and a 5% increase from performance.

A Founders’ share class is a 25% to 50% discount on standard hedge fund fees that began as a way to give incentive to investors to invest day one in a new fund. Over the past couple years, its use has been greatly expanded to include a significant percentage of hedge funds under one hundred million in assets.

This asset ceiling is increasingly being raised to two hundred million and beyond for investors willing to either allocate a large dollar amount or accept a longer lock up. This trend adds downward pressure on hedge fund industry fees that are also being squeezed by large institutional investors.

The number of 40 Act hedge funds has ballooned over the past couple years which has made it increasing more difficult for new entrants or smaller managers to raise assets unless they are aligned with a strong distribution partner.

US marketing activity in the eurozone has declined significantly due to AIFMD, and we do not expect it to increase until hedge funds can register across the eurozone with a single registration.

Europe has historically accounted for approximately 25% of hedge fund asset flows to US based managers. This legislation is hitting smaller managers disproportionately hard because they lack the resources to register in individual countries.

In addition, European based investors tend to be more willing to invest in smaller managers due to their higher return potential. This legislation is also hurting European investors who are not seeing many of the top emerging managers.

An increasing number of endowments and foundations are outsourcing the investment management of their funds to Outsourced Chief Investment Officers (OCIO) due to both the rising cost of staffing an investment office and poor returns from their portfolio.

This is good news for the OCIO industry that has seen a flood of new competitors over the past five years. However, this will also lead to significant fee pressure due to the increased competition. This is a major change from the environment a few years ago where there was little fee pressure and investors often felt lucky to be accepted as clients.

The use of social media by hedge fund managers, investors and service providers continues to expand at an accelerating rate. Social media is being used for research, to build stronger relationships and to help promote a firm’s brands in the marketplace.

Some managers are also using it to promote their investment ideas in order to create a catalyst for a security. The most commonly used social media is LinkedIn which is broadly used throughout the industry. In 2014, Twitter was used by many people in the industry for the first time and this is expected to increase in 2015.

Finally, we are beginning to see some use in YouTube where organizations are creating videos that can be posted on websites, distributed through social media or emailed to a distribution group. Many new firms are being created to address this need including Hedge Fund Social Media (hedgefundsocialmedia.com) an organization Agecroft Partners helped establish. 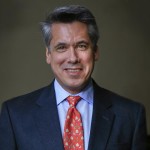 Don A. Steinbrugge is a managing partner at Agecroft Partners LLC, a consulting and third party marketing firm which specializes in hedge funds.

This article is part of the Forex Magnates Community project. If you wish to become a Guest Contributor, please get in touch with our Community Manager and UGC Editor Leah Grantz at leahg@forexmagnates.com.

[…] critical points in the trader’s journey, and how points like these were incorporated into the AMC alerting mechanism and have been made part of the brokers’ back office – thanks to the usage of the AMC […]

[…] vicious points in a trader’s journey, and how points like these were incorporated into a AMC alerting mechanism and have been done partial of a brokers’ behind bureau – interjection to a use of a AMC […]

[…] located in the Indian Ocean just off the coast of Africa, and adjacent to South-East Asia – with Australia just across the water, and India and Asian-Countries to the north, relatively speaking, the hub […]