SWIFT, a global provider of financial messaging services, reported its monthly tranche of data for its monthly RMB tracker, having seen a stagnation in the RMB adoption across the United States, relative to a healthy growth in Q1 2016, per a recent SWIFT statement.

RMB adoption in the US has been a mixed bag – on one hand, centers such as New York are vying for RMB market share in direct competition with other leading financial nexuses such as London. Outside of this space however, payments in RMB during May 2016 have failed to catch fire as payments declined by -1.6% YoY relative to May 2015.

Overall, the US represented 10.5% of all offshore RMB payments by value in May 2016, making it the fourth highest country in the world, excluding Hong Kong and China itself. By extension, the UK was in the top slot with 23.6%, followed by Singapore (19.8%) and Taiwan (11.6%).

Expanding the scope of usage globally, SWIFT’s tracker showed that the RMB held its position as the sixth most utilized currency in the world in May 2016 by value with a share of 1.90% – this constituted a growth from 1.82% in April 2016, or 4.4% MoM. 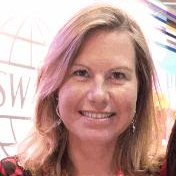 According to Astrid Thorsen, Head of Business Intelligence Solutions, SWIFT, in a recent statement on the monthly tracker: “Over time, we expect the United States to further strengthen its position on the RMB with the recent creation of ‘the U.S. RMB Trading and Clearing Working Group.”

“The main objective of this working group is to identify, evaluate, and recommend opportunities to develop and expand the trading, clearing, and settlement of RMB in the United States. The establishment of New York as a RMB trading center would represent a significant development for the city, which would also reinforce North America’s position currently covered by the RMB offshore centre located in Toronto,” Thorsen added.

Share this article
Tags: RMB / swift
Got a news tip? Let Us Know