Amazon’s cloud computing platform, whilst hugely beneficial for a wide range of business processes, is by no means easy to use. Its complexity increases with every new feature and update, making the platform a complicated system to get accustomed to. To save time and streamline procedures such as installing WordPress, a service called ‘Cloud With Me’ has been introduced.

Launched by a team of five hi-tech specialists including CEO Gilad Somjen, Cloud With Me sets up and manages AWS servers in a much simpler and more efficient manner. Helping to simplify the tiresome task of creating and maintaining servers, Cloud With Me aims to attract customers who shy away from cloud platforms due to their complexity. 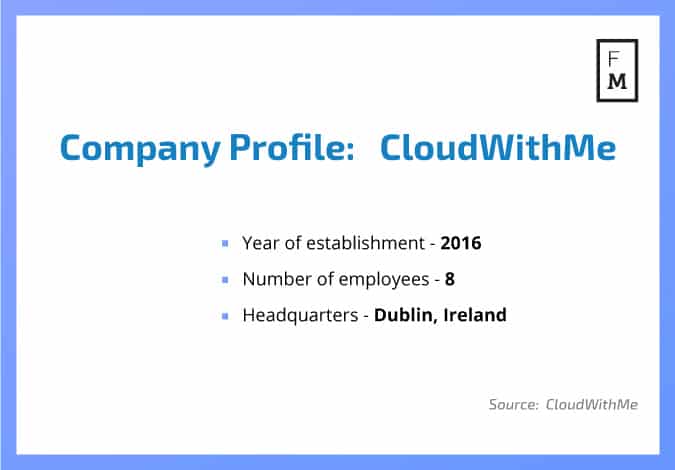 How does it work?

First, users must choose the region in which their server is hosted. Next, they should select the instance type and software packages they wish to install, based on their business needs. Users can choose packages like WordPress, Drupal, Magneto or even emails, databases and FTP servers.

Users then enter their domain name and server type, as well as their AWS details. By following these easy steps, your new Cloud With Me account is good to go.

What are the benefits?

Cloud With Me can be used internationally. Unlike AWS, its dashboard is available in 11 languages including English, French, Spanish and Russian. What’s more, signing up is free and up to five servers can be managed at no extra cost. All server costs are charged directly by Amazon.

So how does Cloud With Me make its money?

The company’s profits come from inviting users to install its downloadable add-ons. These add-ons include, WordPress, Joomla, Drupal and more. Users must pay an additional fee of $3.99/month in order to benefit from these great features. Those who prefer not to install add-ons can simply sign up to Cloud With Me for free to set up their servers.

Are there any drawbacks?

It’s not easy to pinpoint faults in this technology; Cloud With Me is a fantastic service. However, it would be more ideal if you were able to see how each feature affects your AWS bill beforehand. Users aren’t sure what charges will be added to their AWS invoice when choosing a new add-on, for example.

New users who are unfamiliar with AWS may find submitting their details and enabling Cloud With Me to access their account slightly tricky, especially following the simplicity of the first step. Nevertheless, the Cloud With Me team are reportedly in the process of ironing that out. It’s important to note that these minor disadvantages do not overshadow the benefits of the Cloud With Me service.

How has Cloud With Me helped AWS?

AWS has never tried to offer a service like this, as its main focus has always been on the businesses and associations who pay big. It wants to attract users who plan on running their services on the AWS cloud. It pays no mind to the small markets that need a WordPress add-on, for example.

According to Gilad Somjen, Cloud With Me has already introduced 2,800 new users to AWS since the company’s launch four months ago. This high number of customer referrals has now persuaded AWS to make the product an official Amazon partner.

Share this article
Tags: cloud / Cloud with me / data / fintech
Got a news tip? Let Us Know