In the court case of Syed Rizwan Farook, former employee of the San Bernardino Country Department of Health, the plot revolves around the iPhone that the county issued to him for work.

Despite the iCloud backups provided by Apple, with the most recent one being in October, the FBI think there might be more information on the phone since the shooting occurred in December. The FBI needs to unlock it, and they want Apple to write a program that will unlock the phone.

According to the phone manufacturer this not a good solution, because a precedent might be set where the government could ask to monitor all of its clients. Furthermore, this could expose the company to numerous security risks.

After stating its concerns, Apple quoted Secretary of Defense Aston Carter’s statement regarding encryption being essential in today’s world.

The company then cited Richard Clark’s (former national coordinator for security and counter-terrorism) opinion that the government is seeking legal precedent to force Apple into allowing access to the government into their systems.

The phone manufacturer stated in court that the companies’ products represent its view of data security being its highest priority, and that creating such software will impact the company’s image negatively as well as tarnishing its right to freedom.

Since courts rely on previous cases, the creation of such software would create a precedent for future cases. This argument completely diminished all doubts surrounding the governments court filings, that state that the matter concerns only one phone. This was also confirmed as a possible loophole by a number of state and local officials.

All the publicity generated by this case helped create of a ‘tea-cup-with-handle’ pattern, which might point to a bullish period for shares if events continue to be favourable for Apple.

Tea-cup-with-handle pattern: resembles closely a tea cup, when seen on a chart. This kind of pattern is considered a bullish pattern where price has stopped its upward movement, headed down, and continues in a bullish direction upon the of the pattern. 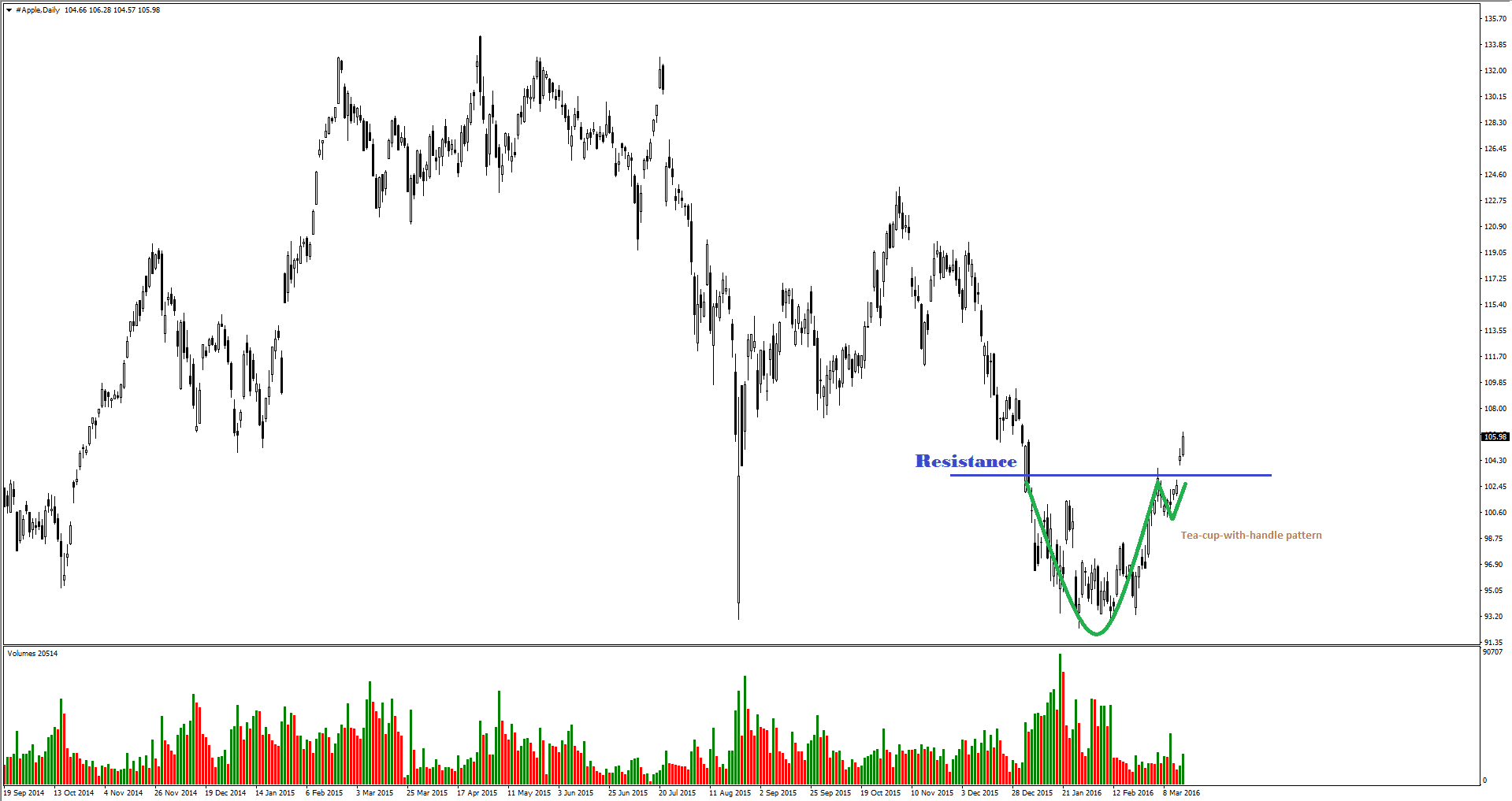 The completion of the pattern is considered finished when the price breaks the previous resistance. It is important to note that it is preferred the break to occur on high volume, thus producing a gap in the chart.