The upward movement that started in February has been widely supported with optimism about the global oil glut, which has consistently lost value since 2014. For some time, major producers have been exchanging promises to decrease their production, without following through.

Presently, fundamentals are pointing to the downside due to the previously mentioned oversupply.

Oil continues to find its production pressured by the U.S. and OPEC members and also Iran, which is eager to catch up in oil production.

Some of the biggest oil producers are expected to meet on 17th of April 2016 to lower production, however, due to the different perspectives of the key oil producers, this appears highly unlikely.

For example, Iran continues to decline all invitations for a crude production hold, desiring instead to regain its lost market share after the sanctions were forced upon the country.

Another potential factor lowering oil was the decision by Saudi Arabia and Kuwait, two of the biggest OPEC exporters, to restart production at a joint facility with the capacity to produce around 300 thousand barrels per day of oil.

Furthermore, the two nations were key instigators in the ‘freeze the oil production’, making all previous discussions on the matter appear to the public as hot air. 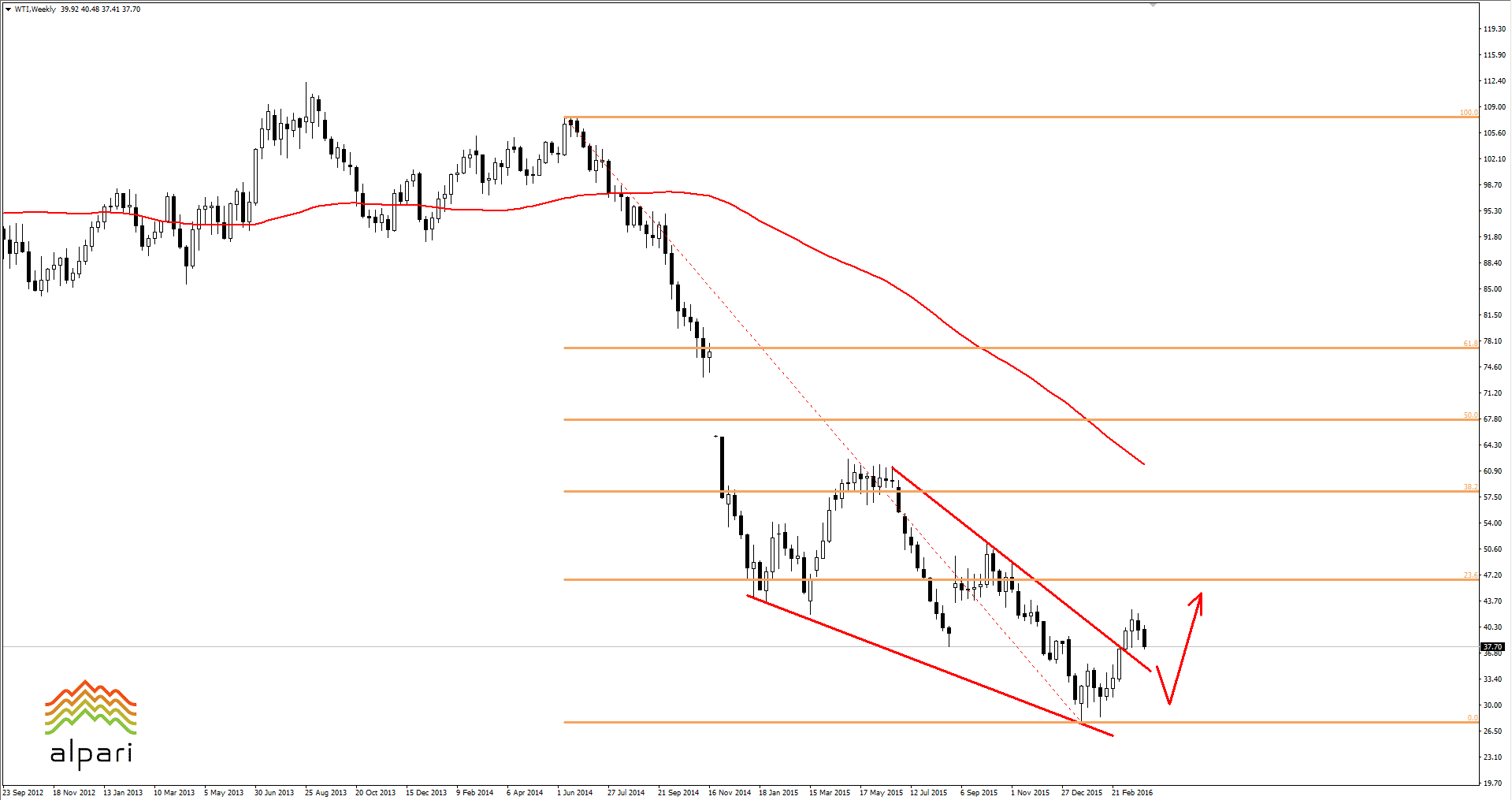 If the global oversupply continues to increase, prices may decline lower than twenty-seven dollars per barrel.

Overall, talks over the slowing oil production have increased oil prices by more than nine percent in March; this was underlined by the weaker dollar and the improvement in market sentiment on the financial markets.

As a result of the increase in oil prices, most hedge funds, banks, and money managers have increased their bets on stronger oil prices.

The affordable oil prices have benefited the end users, as well as businesses globally.

U.S. drivers have reported a record three point one trillion miles in 2015, released by The United States Department of Transportation.

As black gold prices have fallen to their lowest levels since 2008, experts from Morgan Stanley expect that fuel prices will not exceed more than one point five percent until the end of 2016.

The expectation is that prices are indeed going to decline. The overall price will reach the $44-$46 USD region by the end of the year as the sharp decline will require a period of consolidation.

But this opinion is purely based on the data available at the moment and could potentially change over the course of time.