The decision to supplant Mr. Maly came on the heels of the lackluster aftermath of XTB’s IPO as well as shifting trends in the Polish regulatory regime, with regard to FX. Since debuting in May 2016, XTB’s share prices and financial results have also been lower, possibly paving the way for a changing of the guard.

Mr. Maly has been a mainstay at XTB for nearly ten years, having originally joined as a Branch Director working in the Czech Republic in 2007. Since then, he has maintained an active presence in the region, ultimately being promoted to overseeing operations in Slovakia before accepting a role as the Regional Director in 2009, which saw him manage operations in the Czech Republic, Greece, Italy, Slovakia, and Turkey.

Beginning in 2012 he was admitted to XTB’s board of directors, helping further the group’s agenda in the EU and Turkey. He finally entered his most recent role as CEO in 2014, having worked out of Warsaw – during this time he helped facilitate the group’s IPO on the WSE. 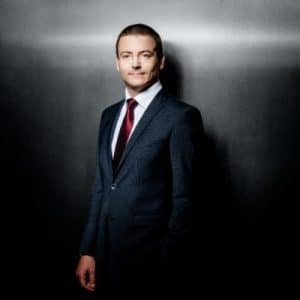 The board’s decision to cut the chord on Mr. Maly was cited as a strategic one which will help present a fresh start for shareholders focused on the firm’s growth. According to the Supervisory Board, the pace of the implementation of strategic objectives and development at XTB had been lacking, ultimately instigating the management change.

Speaking to Finance Magnates in a recent interview on its IPO and strategic direction, Mr. Maly reiterated: “XTB needs to stay flexible, efficient and responsive. We will continue developing our current markets and working on our mid-term targets described in prospectus at full speed. I believe that the best is still to come.”

In his place, Jakub Zablocki will be acting as the temporary CEO until April.