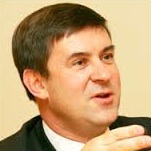 RBC Global Asset Management, a subsidiary of the Royal Bank of Canada has appointed longtime industry veteran Clive Brown as its CEO and Managing Director, responsible for its international business division.

The Royal Bank of Canada (RBC) deals with a variety of asset classes, with a strong foundation in Canada as well as North America for clientele – growing its international business is one of its new ambitions. The addition of Clive Brown represents a prudent choice to this end, given his experience in such locales as New York, London, and Hong Kong. In his new role as CEO and Managing Director, he will be based out of London and will report to John Montalbano, the Chief Executive of RBC GAM.

More specifically, Mr. Brown will focus on RBC’s business in Europe, the Middle East, and Africa (EMEA), while also focusing on the Asia-Pacific (APAC) region. Prior to joining the RBC, Mr. Brown most recently worked as the Global COO and Asian Chairman at JPMorgan – in addition to other senior roles at the banking giant dating back to 2001.