R5, an emergent marketplace for local market foreign exchange trading, has announced a series of changes to its executive personnel across its London and Singapore offices – Amar Vadher, Jonathan Ang, and Ben Li Wong have all joined the venue with immediate effect, according to an R5 statement.

R5 is a London-based fintech start-up that underwent beta testing in Q4 2015, and which has since permeated a number of emerging and regional markets, with a main inclusion being the Latin American (LATAM) space among other realms. Last month, the group made headlines after it went live with trading in Singapore, having garnered authorization from the Monetary Authority of Singapore (MAS), thereby expanding the group’s reach in the Asia-Pacific (APAC) region.

Mr. Vadher joins R5 as its newest Head of Technology in London – in this role he will be tasked with the establishment and maintenance of all R5 technological capabilities, as well as the development and oversight of the group’s FX trades. He lands at R5 from FXecosystem, having worked as its Global Head of Technology there for the past six years, according to information made public on his Linkedin profile.

In addition, R5 has tapped Jonathan Ang as a Client Support Officer in Singapore. He will be responsible for managing and culturing R5’s relationships and interests across Asia, as well as handling onboarding and client support. Mr. Ang joins R5 with a large amount of experience across Treasury Markets, including multiple roles as a Treasury Operations Engineer at IBM. 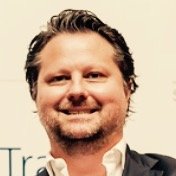 Finally, the group’s Singapore office has also fortified its personnel group with the addition of Ben Li Wong as its newest Business Development Manager. Mr. Li Wong will oversee all API sales for R5 in Asia – he comes over to R5 from Integral Development Corporation, after working as a Sales Executive in Singapore. Additional stops also include FXall.

According to Jon Vollemaere, Chief Executive Officer (CEO) of R5, in a recent statement on the appointments: “Since going live in London last October, and live in Singapore last month, the volumes traded on R5 have been significantly ahead of expectations. As such it is important that we provide clients with support and technical expertise from both our London and Singapore offices.”