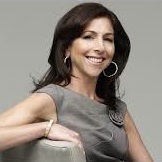 Goldman Sachs Group has revamped its trading business by naming Stacy Bash-Polley to the newly created role of Head of Client Management Strategy in the Americas in a bid to help adapt to an evolving industry in the region.

Goldman Sachs is one of the largest providers of financial services worldwide, having recently been embattled in a massive forex manipulation probe earlier this year. The group recently appointed Nell Hutton as its Head of Fixed Income and Currency early last month, a point of emphasis as Goldman tries to shed a lingering stigma from H1 2014.

Ms. Bash-Polley is a longtime Goldman Sachs mainstay, currently serving as Head of Fixed Income, Currency and Commodities (FICC), helping facilitate sales for forex, mortgage and other emerging markets products. In her new role, she will liaison with Senior executives from across Goldman and will culture client relationship and management strategies in the Americas. 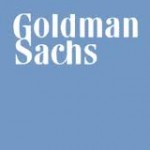 Ms. Bash-Polley first joined Goldman in 1994 and has since been named Managing Director in 2002, followed by a promotion to partner in 2004. In a recent poll this month she was named as the 10th most Powerful Woman in Banking.

According to a recent memo regarding the appointment from Isabelle Ealet, Pablo Salame, and Ashok Varadhan, Co-Heads of Goldman Sachs’ Securities Division, “Against a backdrop of regulatory, market structure and technology changes, the business and competitive landscape continues to evolve for all financial market participants, presenting opportunities for us to increase the division’s presence with our clients.”