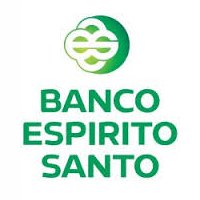 In light of a deteriorating situation of Portugal’s second largest lender, Banco Espirito Santo (BES), Angola has appointed a series of administrators to help manage the indebted bank’s finances, whilst stating a sovereign guarantee for a large portion of its loans would be revoked.

Angola holds a special interest to BES given its subsidiary Banco Espirito Santo Angola (BESA), which also serves as one of the country’s largest lenders. BES itself has been under siege for over a month following a management shakeup that witnessed the departure of Ricardo Salgado, followed by staunch public resentment of his appointees.

No Faith For Portuguese Bailout of BES?

According to a recent statement by Banco Nacional de Angola regarding the turmoil surrounding BES, “The overhaul measures aim to restore the financial and operational sustainability of the bank, bringing them into line with existing norms for banking activity in the country, but without contemplating, for the moment, the State’s intervention in the social capital of the bank or the involvement of public funds. Furthermore, a sovereign guarantee extended by Angola in December, of up to $5.7 billion, to cover most of BESA’s loan book, would be revoked in the initial phase of implementation.

The recent unfolding of BES threatens a Portuguese economy that has precariously emerged out of the doldrums of a lengthy bailout and a Eurozone crisis. While Portugal’s government has since moved to steady investors, the fragility of BES underscores the delicacy of the situation in the country.

Share this article
Tags: Bailout / eurozone
Got a news tip? Let Us Know