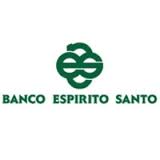 Portugal’s second largest bank, Banco Espirito Santo SA (BES), is poised to announce a new CEO appointment on the heels of an emergency meeting as pressure builds from the country’s central bank.

Last week witnessed a widespread panic in European and US stock markets following reports of BES’s internal turmoil and renewed questions from Moody’s and Standard & Poor after missing commercial payments. The banking conglomerate has been in the country’s regulatory crosshairs for almost two weeks, with shareholders protesting outgoing CEO Ricardo Salgado’s appointment of Amilcar Morais Pires.

Originally, a board meeting to determine the succession plan for BES was scheduled for the end of July – a date that seemed inconceivable given the upheaval wrought on the country and abroad.

The Bank of Portugal issued a statement this weekend ordering an urgent and extraordinary meeting of BES’s board to determine and ultimately weigh the proposed selections of prospective CEO Vitor Bento and Joao Moreira Rato as CFO, with Jose Honorio as Vice President of the Executive Committee – these men are expected to take over the company as early as Monday.