ADS Securities has made its latest promotion, elevating Matt Chow as its Head of Business Development for the Asia-Pacific (APAC) region. His most recent promotion caps off a five-year career with the group and will now serve an integral role whilst continuing to be based out of ADS’ Hong Kong branch.

Mr. Chow has been part of ADS Securities’ team since 2012, when he joined the group as its Senior Vice President (SVP) of its Institutional Sales. This four-year role paved the way for an additional promotion to Head of Business Development for Greater China last August.

In his new position Mr. Chow will be reporting to Francis Lee, ADS Securities’ Head of Asia and Jason Hughes, Global Head of Retail Sales. Mr. Lee commented: “Over that last five years Matt has helped grow and build ADS Securities’ regional offer and he has contributed to the overall success of the Asian business. His colleagues and clients appreciate his industry knowledge and insight and we know that he is the perfect candidate for this role.”

Additional roles also include stops at FXCM as its Senior Institutional Sales Manager and Sales Associate dating back to 2008. He originally started his career in the financial services industry at Citi back in 2007, according to information made public on his Linkedin profile. 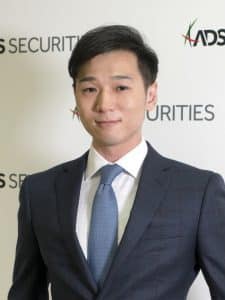 His appointment will help strengthen ADS Securities’ operations in the APAC region, which has been central to the group’s growth in recent years. In addition Hong Kong, the Abu Dhabi-headquartered group also has offices in London and Singapore, with Hong Kong being a key hub and gateway into the region.

“ADS Securities has established itself as a highly respected and important financial services provider in the APAC region. I look forward to helping the company grow to new levels based on the quality of the services and the customer-care we provide,” explained Mr. Chow.

Earlier this month Finance Magnates reported multiple other moves at ADS Securities, including the upcoming departure of its Chief Operating Officer Marco Baggioli who will leave the company shortly. Moreover, the group’s Director of Marketing Andreas Lazarou is also parting ways with ADS Securities after almost five years with the firm.