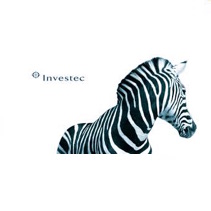 stec Investment Banking, a subsidiary of Investec Plc, has appointed longtime veteran Serge Rissi as its newest director in its financial sponsor transaction group, according to a Reuters statement.

Earlier this year, Investec named Guy Gillett as the element of its mergers and acquisitions (M&A) business, specializing in the group’s leisure and retail sectors, along with private companies and private equity clients.

In his new role as the director, Mr. Rissi will aim to expand Investec’s private equity advisory team though his years of experience. Boasting fifteen years in M&A execution services, he has served in a number of senior level roles at leading financial firms prior to landing at Investec.

These include notable stops at Quayle Munro, having worked as its director in London for over two years. Moreover, Mr. Rissi has also had stints at UBS and Hawkpoint. He will be reporting directly to Christian Hess, head of the financial sponsor transaction group.